Bill, 72, was approached to take part in a research study at Manchester Royal Infirmary after being diagnosed with Acute Myeloid Leukaemia (AML) two days before Christmas in 2015.

The condition most commonly affects people over the age of 60, but can occur at any age. In the UK, there are around 3000 new cases diagnosed each year.

Bill started to experience shortness of breath and physical aches and pains as he celebrated his son’s birthday, but he convinced himself it was just his age. His son though, thought otherwise, and booked his dad an appointment to see the doctor who ensured Bill underwent blood tests.  He was then diagnosed with AML.

The Denton resident was invited to take part in a research study, led by Dr Eleni Tholouli and the Adult Oncology Research Team at Manchester Royal Infirmary (MRI).

At first, Bill was hesitant. He’d lost his beloved wife of more than 50 years, Jean, just four months previously and he missed her terribly.

He then also thought of his new baby granddaughter, Charlotte Jean, born just a day before he was diagnosed with AML and he knew that taking part was the right thing to do – he knew Jean would be proud of him. 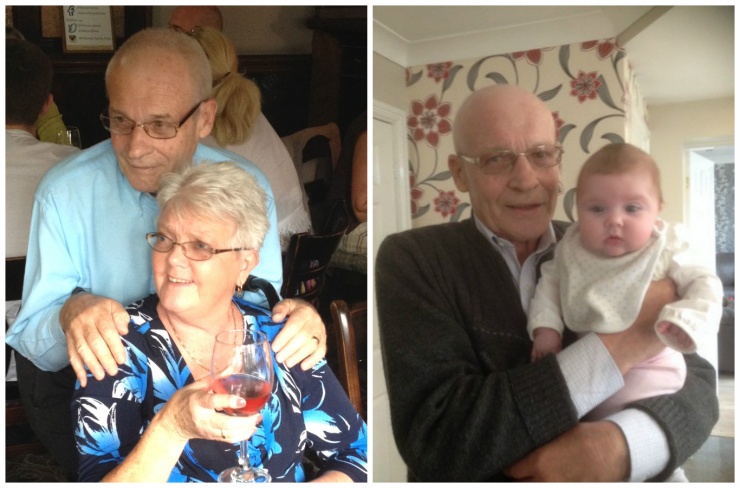 Here, Bill explains his decision to go ahead and participate in the study here at CMFT…

In August 2015, my wife of 53 years, Jean, passed away after losing her battle with breast cancer. This had a huge impact on our family – four children and six grandchildren – and I still miss her every day.

Later that year, I was heading to my son’s house for a meal to celebrate his birthday.  We were walking back from the pub after a few celebratory drinks when I found myself struggling to walk and feeling aches, pains and shortness of breath. I thought the difficulty breathing was down to 60 years of smoking and it was just part of life as I got older! My son booked me an appointment at the doctors and I had a blood sample taken the next day.

I was woken by the phone ringing in the early hours of the following morning. It was a staff member at Tameside Hospital who told me that I needed to go straight to hospital; there was a bed waiting for me, and an ambulance ready to pick me up from home. I called my son and he took me to the hospital where I remained for 10 days having tests, bloods taken and injections.

I was then diagnosed with Acute Myeloid leukaemia (AML). At first, I did not care if I lived or died. I had just lost Jean and I asked the doctor how long I’d have left without any treatment: two to three months was his reply. In my head I had decided I just wanted to spend my last Christmas at home with my family.

Consultant Haematologist, Muhammad Saif then told me about a research study taking place at Manchester Royal Infirmary. After thinking about it, I decided to take part. Having lost Jean to cancer and the arrival of a new granddaughter, Charlotte Jean (named after my wife) I felt the need to play my part. By taking part in the research, I knew that I would be helping other people in the future, finding new treatment options available and I knew my wife would not have wanted me to quit, she would have wanted me to keep fighting and to help others in the same situation.

I handled the treatment well, including three cycles of intense chemotherapy followed by long stays in hospital.  The staff members at MRI, including those in the Adult Oncology Research Team, have been absolutely fantastic – they have been so caring, compassionate and supportive throughout the process.

I am now in remission and have to come back to the hospital regularly for check-ups and blood tests. I am looking forward to seeing my lovely Charlotte Jean grow, alongside my other six grandchildren.

I am glad that I was given the opportunity to take part in research and I would encourage others to do the same.