Peter was at a wedding enjoying a walk in the sunshine when the weather suddenly changed for the worse and he had to rush to shelter. When he got back to the hotel, the Denton resident realised that he had quite severe chest pains.

The retired McVitie’s worker, known as ‘Penguin Pete,’ visited his doctor who gave him a spray treatment to help reduce the discomfort. 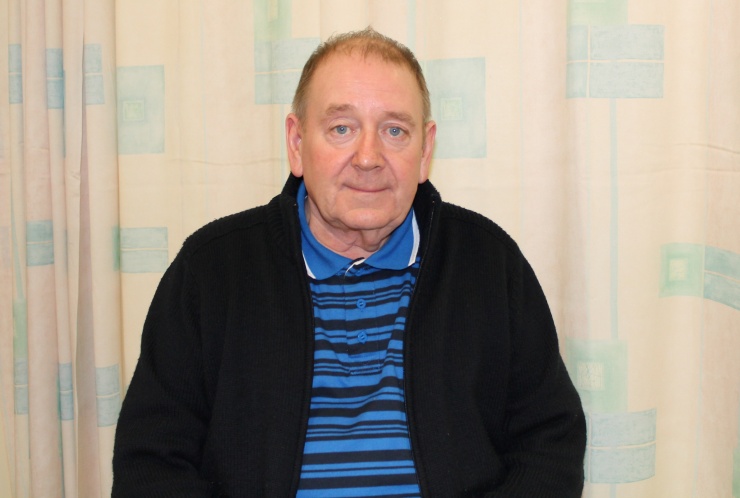 Two years after I visited my doctor, I was in Debdale Park chasing the ducks with my granddaughter when my chest pains suddenly returned.

I was referred to Manchester Royal Infirmary (MRI) where I underwent tests on a treadmill. Apparently most patients can walk on the exercise machine for around seven minutes, but I only lasted for three minutes!

I had stress echocardiography, also called a heart ultrasound, and discovered that two of my arteries were fully blocked and one of them was tapered at one end, which doctors told me was ischemia of the heart.

I was invited to take part in a research study, led by Dr Helen Dormand, Consultant Cardiologist at MRI.

The treatment options were explained and made very simple for me to understand. I was well informed at every stage and offered CT angiogram as part of the study to ensure safety and eligibility to take part in the study which was even more reassuring.

It was made clear that, taking part in the study was voluntary and I could withdraw at any stage. I was happy and pleased to know that I am closely monitored by the research team throughout the study.

I cannot thank the research team at MRI enough – they have helped me every step of the way and have advised, educated and reassured me throughout the process.

Each of my visits has been handled efficiently and with care. I have completed a number of questionnaires that the research nurses have helped me to understand.

Everything has been made very convenient for me. I now have regular advice regarding exercise, my diet and changes I need to make to improve my health

As a result of being on the study, doctors identified that I needed to have quadruple bypass surgery – Professor Daniel Keenan did the honours, he went for the ‘round robin’ as I like to call it.

I was in hospital for about a week recovering following the operation. Then doctors told me I could go home, as long as there was someone there to look after me and luckily my wife and mother-in-law were both able to take care of me.

I was afraid in the beginning because my dad died following a heart attack, but he did not look after himself properly and there were preventative steps he could have taken to help him, such as exercise and taking his medication.

I am doing as the doctors tell me and concentrating on my exercise regimes and physiotherapy including with cardio and weights.

The surgery and recovery process have been pain free and made a lot easier by the fantastic research staff at Manchester Heart Centre.

I was worried about what was going to happen to me but the team, including research nurses, Laurel Kolakaluri and Thabitha Charles, have been absolute angels and after just a week of being in their care I wondered what on earth I was worried about in the first place.

As a former builder, people put their trust in me with their most prized possession but now I have been able to do the same and built a wonderful relationship with the research nurses here. This experience has led me to believe that research is very important as it improves treatment outcomes and patient experience.

Find out more about all on-going studies and getting involved.