The Public Programmes Team, along with Dr Simon Parry from the School of Drama at The University of Manchester, are leading on the final phase of the evaluation of the Theatre of Debate (formerly Y Touring).

The Theatre of Debate has a long history in developing plays for schools to promote discussion and debate around scientific and social issues. In essence the Theatre of Debate model consists of a play, a debate and online interactive resources. Their work is funded by a Wellcome Trust Strategic Award. 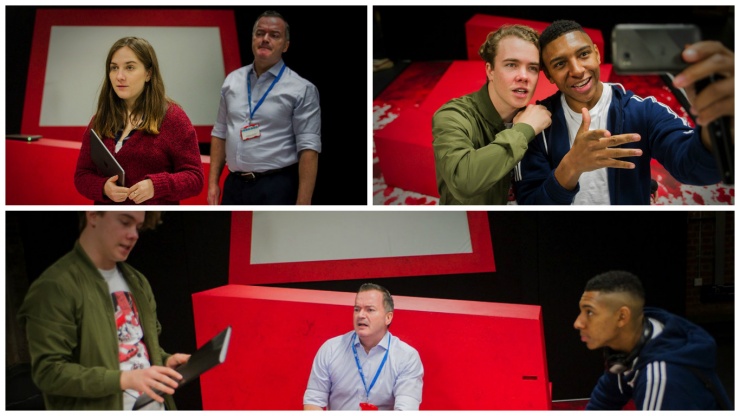 What are we doing?

Our evaluation will involve exploring the opinions of students and teachers who have seen Theatre of Debate’s most recent production ‘People are Messy‘ – a play about patient and public involvement in research. People’s views will be explored by using surveys, interviews and discussion groups.

The following areas will be covered:

Another element of the evaluation work will be the development and testing of school based workshops based on two Theatre of Debate plays- ‘Hungry’ and ‘People are Messy’.

The purpose of the workshop is to provide information, differing viewpoints and stimuli to enable the playwright to write an informed and engaging synopsis of a play for this Theatre of Debate production.

The aim of this work will be to explore whether such an approach can extend the reach of the Theatre of Debate.

Our portfolio of public engagement and involvement programmes has attracted national and international funding, and been recognised through a number of awards.

We undertake research and evaluation work into patient and public involvement in biomedical and health-related research with a wide range of partners.