Professor Woolf was born in London where he did his A Levels at St Paul’s School before obtaining his pre-clinical and clinical medical degrees at Corpus Christi College, Cambridge, and Westminster Hospital, London (1975-1981).

He began to train in Adult Nephrology at the ‘Three Ps’ and the Middlesex and University College Hospitals in London. When he was a Travelling Research Fellow at University of California in Los Angeles (1989-1991), Professor Woolf became interested in how kidneys form and grow before birth. When he returned to the UK, and was awarded a National Kidney Research Fund Senior Fellowship, he studied this field in more detail, working in a developmental biology laboratory and seeing children born with kidney problems.

In 1998, Professor Woolf established an academic Unit for Nephrology and Urology at the University College London Institute of Child Health. As Professor of Nephrology, I headed the Unit through to 2009.

In 2011, Professor Woolf became lead of the Phase II Nutrition, Metabolism and Excretion Module in the Manchester Medical School. We introduced web-based lectures and interactive clinical cases, aiming to achieve learning and teaching parity across our multi-site campus.

His research unites Paediatric and Adult Nephrology, Urology, Genetics, Fetal Medicine and Histopathology clinical services with the sciences of Developmental Biology and Molecular Biology. He has published over 100 original research publications and has supervised clinical and science students leading to eleven PhD, three MD and two MSc awarded theses.

Professor Woolf was a Trustee and Honorary Secretary of The Renal Association (2000-2004) and was Research Secretary of the British Association for Paediatric Nephrology (2000-2002). He served on the Kidney Research UK grants committee (1997-2002), and joined its Board of Trustees in 2012.

He enjoys explaining his research to non-specialist audiences and has given interactive talks to schools in the UK and France. 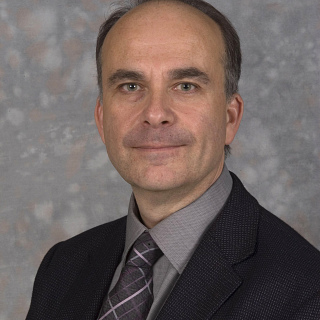 Study finds new gene identified as a link between children with kidney problems and autism, which has implications for how doctors work with patients who display either kidney or learning problems.