Early results for a potentially revolutionary brain disease therapy given under compassionate use to a two-year-old has shown promise, a University of Manchester scientist will tell an international conference today, 13 May.

Professor Brian Bigger will tell the American Society of Gene & Cell Therapy that the safety and feasibility of the investigational gene therapy for the rare and life limiting Sanfilippo disease type A is now becoming more clear, as a formal clinical trial gets underway at Royal Manchester Children’s Hospital (RMCH).

The trial is funded by Orchard Therapeutics, which holds the license and commercial rights to the Sanfilippo disease type A programme.

The investigational gene therapy, which involves harvesting patient’s blood stem cells, was delivered by Professor Rob Wynn under a specials licence at RMCH in 2019.

The therapy and trial follow over a decade of development and pre-clinical work by Prof Bigger at The University, together with clinical collaborators Prof Wynn, Prof Ed Wraith and Dr Simon Jones at Manchester University NHS Foundation Trust (MFT) and Prof Adrian Thrasher at Great Ormond Street Hospital (GOSH).

A type of virus known as a lentiviral vector is used to deliver the patient’s missing ‘SGSH’ gene to the blood stem cells in the laboratory.

The manufactured gene-modified stem cell product is transplanted back into the patient.

The stem cells then regenerate the immune system providing the patient with the working – and potentially permanent – copy of the gene.

Sanfilippo disease type A – or MPSIIIA – causes a progressive loss of developmental skills in young children.

They suffer deafness, hyperactivity and behavioural problems, progressive developmental delay, and seizures during the later stages of the condition.

The condition is usually fatal in late childhood or early adulthood.

Professor Bigger said: “These results are promising and provide some hope for these children whose condition was previously thought to be incurable. The trial is the critical next stage, but it’s true to say we are excited.

Sanfilippo is an appalling disease which causes misery to these children- so the prospect of a treatment is tantalising – especially when it was thought for years that no treatment would be possible.

The preliminary results of the patient treated under compassionate use and followed now for over a year post-treatment  has shown rapid engraftment of the gene modified cells and greater than 25-fold of median normal SGSH enzyme levels achieved in the blood. At 6 months post-treatment, CSF levels of SGSH enzyme were at the upper end of normal range.

Sufficient replacement of the enzyme by blood cells in regions such as the brain, could result in prevention of the disease course, but it is still too early to know if this has happened in this case.

Sanfilippo disease, is caused by defects in the SGSH gene, which is needed to break down complex sugars in the body. A lack of this enzyme leads to a build-up of these sugars in the body and this mainly affects normal brain function in these children.

In the phase I/II trial, the gene therapy transplant will be given to between three and five children, aged under two years with a severe MPSIIIA type.

The first patient was recruited to this trial in early January 2020, with their blood stem cells harvested and modified prior to transplanting the gene therapy product back into the patient in May 2020.

The safety of this investigational gene therapy, the level of SGSH enzyme and changes in patient behaviour and quality of life, alongside other measures, will be continually assessed over the next three years.

The medical team include Paediatric Haematologist Professor Rob Wynn and Dr Simon Jones from RMCH, who have experience of bone marrow transplantation for children with metabolic enzyme deficiencies.

Professor Wynn said: “RMCH has a long-standing expertise in cell therapy of metabolic diseases, and the original ideas and early attempts to use gene therapies in these diseases were three decades ago. 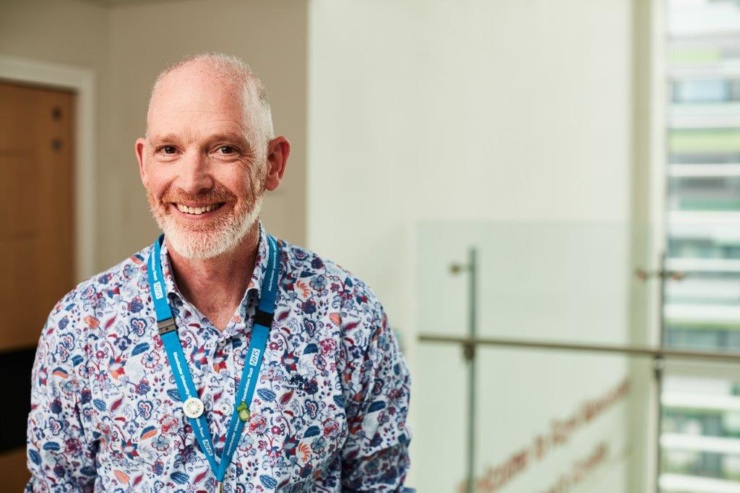 This advance builds on that clinical experience and those ideas. We hope and expect that this gene therapy approach will make our treatments safer, more effective and, course, most importantly will lead to better lives for our patients.

The trial is being sponsored by The University of Manchester and the gene therapy product is being manufactured at University College London Great Ormond Street Hospital Institute of Child Health (ICH) using the expertise of Professor Thrasher’s specialist gene therapy laboratories.

Prof Bigger added: “The original funders of this work including the Society for Mucopolysaccharide Diseases, Great Ormond Street Children’s Hospital Charity (GOSH Charity) and the Sanfilippo Children’s Research fund who were instrumental in making this trial a reality. We are all very grateful for their support throughout the process.”