An event at the British Medical Association in London on Friday 19th February recognised and celebrated the expertise of principal investigators who are responsible for NIHR supported research sites, ensuring that patients are appropriately recruited into research studies.

Professor of Gynaecological Oncology at The University of Manchester and Honorary Consultant at Saint Mary’s Hospital, Henry Kitchener and Consultant in Sexual Health and HIV medicine at Manchester Royal Infirmary, Dr Gabriel Schembri were both nominated for consistently delivering research studies to time and target. 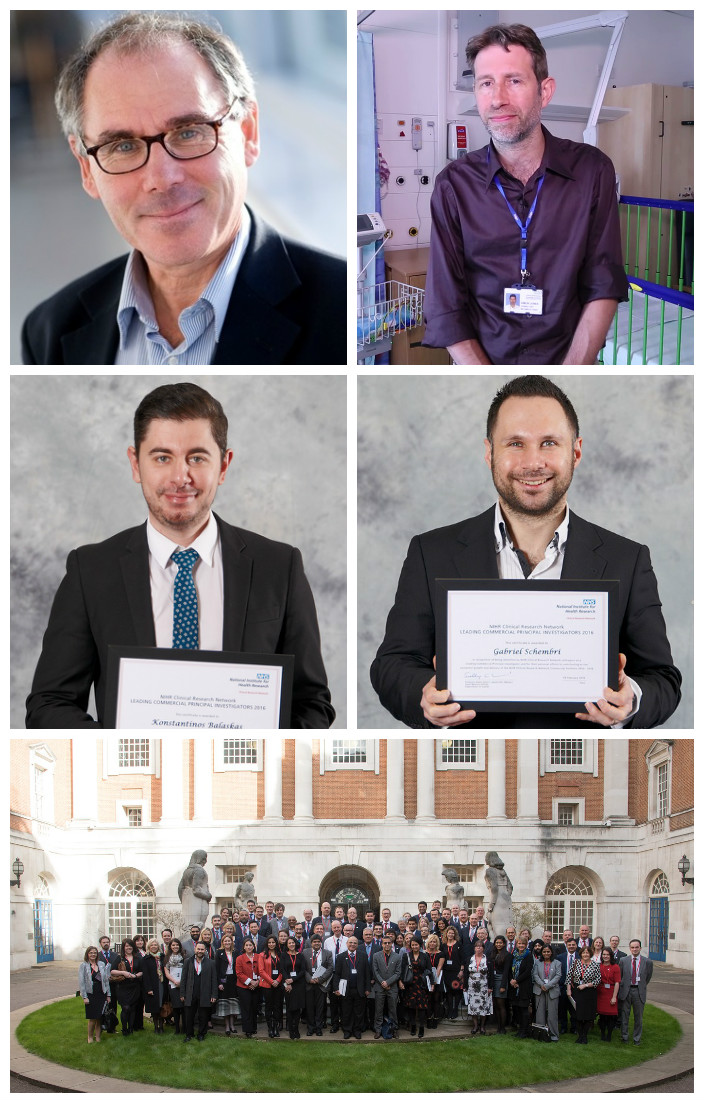 Professor Kitchener and Dr Jones were unable to attend the event but Mr Konstantinos and Dr Schembri went along to collect their certificates.

Bev Watson, Industry Operations Manager at the CRN: Greater Manchester who was also in attendance, said:

Thirteen of the principal investigators who were invited to the prestigious event were from our region which is a fantastic achievement. It recognises our local Trusts and CCGs are committed to supporting commercial clinical research in the NHS.

The NIHR is the research arm of the NHS and is funded through the Department of Health to improve the health and wealth of the nation through research.