The purpose-built vehicle, which is managed and operated by Manchester University NHS Foundation Trust (MFT) has been introduced by the National Institute for Health and Care Research (NIHR). The van is unique to the region with the goal of widening opportunities for people to be part of research in easy-to-reach locations across Greater Manchester, East Cheshire and East Lancashire. Reaching all communities improves the relevance and quality of research as well as being more inclusive for members of the public. 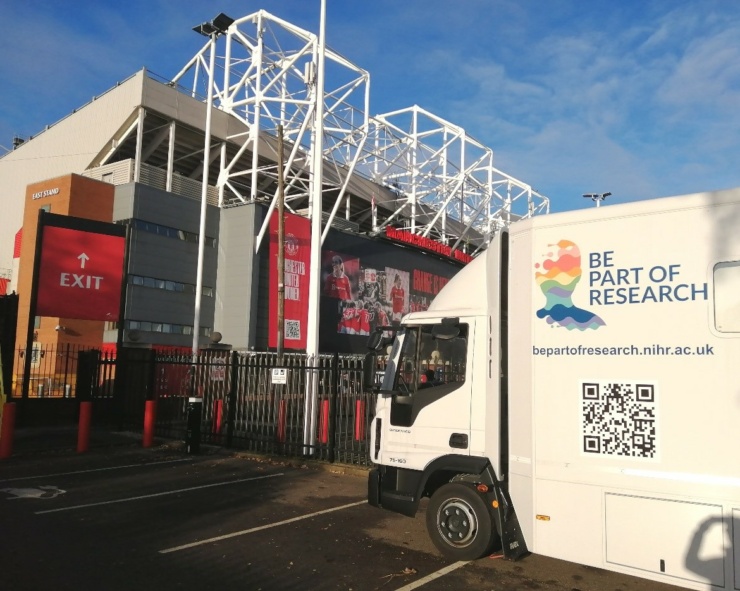 Following a number of ‘practice’ clinics on hospital sites, the bespoke van was parked outside Old Trafford just before Christmas 2022. The van will soon be utilised regularly across the region and give people the chance to be part of various research studies.

On this occasion, participants identified as being potentially at-risk of liver disease were invited to the van by their GP for the opportunity to be part of the ID LIVER study.

This pioneering project, led by the University of Manchester (UoM) and MFT, aims to save lives by identifying liver disease in patients much earlier than is currently the case. This urgently needed research aims to discover and intervene in those who need it while reassuring the majority of people who don’t. More than 1,000 people have already consented to be part of the research study. 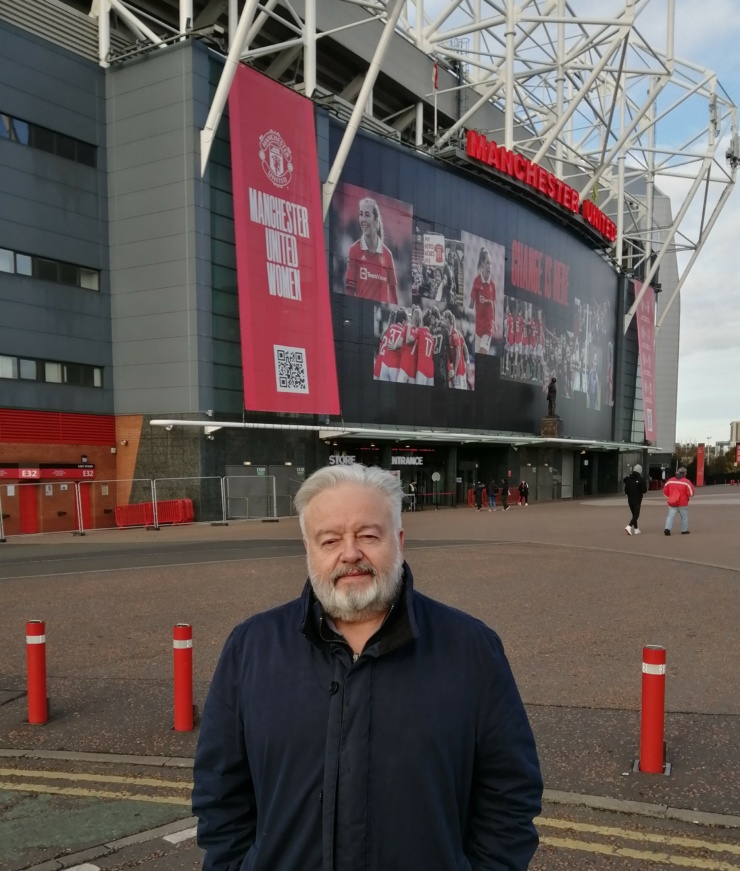 Anthony Casey, 69, from Sale, visited the van at Old Trafford to be part of ID LIVER. He said: “It’s a little unusual at first, but the staff were super-efficient and its easy access for me. There’s no waiting, it’s straight in. The fact that it’s coming out where people live is a great thing.

“You never know what might happen with your health, so anything that involves having a closer look at you and making sure you’re okay, that’s fine by me. With the research element to this, it helps everybody else as well.”

Paul Whittaker, 70, from Sale, was among the first people to visit the van when it went to The LifeCentre, a community hub in Sale, Manchester, in October. He said: “The staff were friendly and made it very straightforward. This is wonderful because I don’t have to go into Manchester [for the appointment]. It’s only about a quarter-of-a-mile from where I live. I drove today because I wasn’t sure of the weather, but normally I could walk it.”

Explaining why he chose to attend the clinic and be part of the research, Paul said: “First of all, to help people in the future and to help make sure they are in a healthy state. And, also, it had been suggested that I may have a little bit of fat on the liver and that meant coming here today they could tell me exactly whether I have or not.” 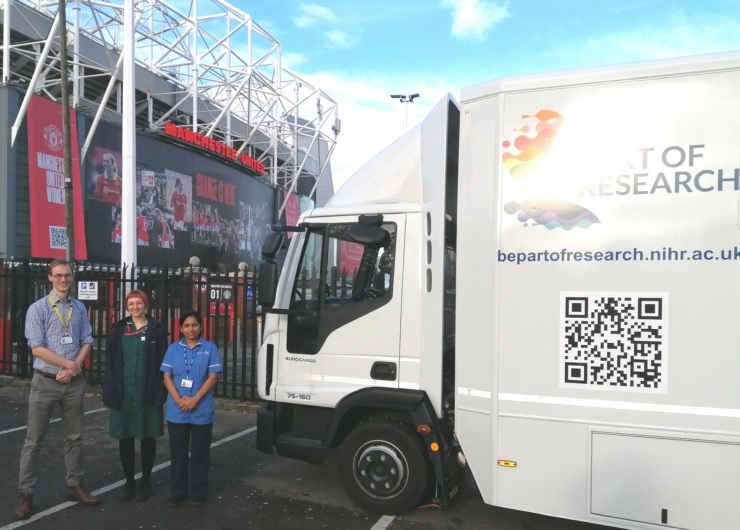 Dr Huw Purssell, Hepatology Clinical Research Fellow at MFT, was part of the team delivering ID LIVER in the van. He said: “It’s been absolutely fantastic. We’ve seen dozens of patients and it’s a really good space to work from, out in the community but working off the hospital’s IT system. The patient feedback has been very good as well. No one has felt uncomfortable and, if anything, patients have said they have enjoyed being closer to home in a place where they can park easily, rather than coming to a traditional hospital site.”

Tasnim Mohammed, Senior Clinical Research Practitioner at MFT, was another member of the team. She said: “It’s been a great opportunity for us to be able to see patients and still be able to do everything we would do normally in a hospital but in a convenient, external environment. The patients themselves have absolutely loved it as well. We’ve had some very positive feedback from them. They find it very easy to get to and very efficient as well.”

In the UK, almost four in 10 people are at risk of liver-related health problems and it is a particularly important challenge for the North West because the region has one of the UK’s highest rates of advanced liver disease.

Liver disease can be a silent killer as many people will have no symptoms until there is irreversible liver damage. However, diagnosing liver disease early is important because in 90 per cent of cases the liver can recover with simple lifestyle changes.

With this in mind, university researchers, NHS experts and industry partners across the UK are working together on the Manchester-led ID LIVER project to develop a new clinical system that will enable earlier, more accurate and potentially life-saving diagnoses.

Liver disease disproportionately affects certain communities and is closely linked with social deprivation, multi-morbidity, obesity and alcohol use. As part of the ID LIVER project, patients at risk of liver disease are identified using an established digital tool called FARSITE, developed by NorthWest EHealth. The patients are referred to a liver assessment clinic in Manchester, such as those carried out on the Greater Manchester Research Van.

All of the tests performed are done in one visit rather than several. These include blood tests and a FibroScan®, a type of ultrasound which helps medics understand how much scarring, or fibrosis, is in the liver and plan appropriate next steps. Patients are asked whether they would like to take part in the ID LIVER research study and provide helpful information that allows the team to develop new, improved tests for detecting liver disease earlier and predicting disease progression.

Oliver Street, ID LIVER Project Manager at The University of Manchester, said: “ID LIVER is addressing a major health challenge that no single team could tackle on its own. This wouldn’t have been possible without the support of Innovate UK funding and global leaders, Roche Diagnostics and GE Healthcare, allowing us to bring together academic, clinical and SME expertise to develop innovative pathways of care and improve the health of underserved communities in Greater Manchester.”