‘Here, happy and healthy’ How research has transformed life for a young boy with a rare genetic disease – Rare Disease Day

For three-year-old Elliott, who has a rare genetic disorder, life has been transformed by taking part in a clinical trial at NIHR Manchester Clinical Research Facility (CRF) at Royal Manchester Children’s Hospital (RMCH).

Elliott is one of a few hundred children in the world diagnosed with Molybdenum Cofactor Deficiency (MoCD). This means Elliott’s body cannot produce cyclic pyranopterin monophosphate (cPMP), a chemical needed to make molybdenum cofactor, which itself helps to remove sulphite from the body. Sulphite occurs naturally in some foods and in people, but build-up of the substance is harmful to the brain and causes symptoms such as seizures, involuntary movements and painful muscle stiffness.

Due to the serious health problems caused by the condition, babies with MoCD usually do not survive past early childhood and never learn to sit unassisted or to speak. Current management strategies aim to provide relief from the symptoms of the condition but, there are no available approved treatments for MoCD.

A research study taking place at Manchester CRF is testing a synthetic form of cPMP; to determine its long-term safety and effectiveness in treating MoCD in children.

Elliott travels from Chesterfield with his mum, Lucy, for his visits at Manchester CRF.  It takes around two hours to make the journey, but they are happy to do it, to be part of the study that his family believe has transformed his life.

Lucy said: “Elliott was born in Chesterfield in 2017 – he had a traumatic birth and wasn’t breathing. He was resuscitated then transferred down to the neonatal unit. As a parent of four other children I very quickly realised something just wasn’t right, he had no sucking reflex and I knew this wasn’t normal.

“Following tests, he was transferred urgently, to Sheffield because they’d picked something up – he was under 24-hours-old. That’s when our journey started. When we arrived at the hospital in Sheffield we were told he had this condition MoCD, and there was no approved treatment for it.”

However, 12 hours later Lucy was informed that Dr Bernd Schwahn, Consultant in Paediatric Metabolic Medicine at Manchester University NHS Foundation Trust (MFT) could treat Elliott with a novel experimental treatment on compassionate grounds. The treatment would use cPMP that had been manufactured by a small research team in Cologne, using genetically engineered bacteria (rcPMP). Elliott was one of the first few patients across the world to be given the treatment.

As part of this five and a half year-long clinical trial – which Elliott began participating in in February 2020 – he is now helping to test a new form of chemically manufactured cPMP.  The results of this study will help the pharmaceutical industry and the health regulatory authorities to make an informed decision on whether this new treatment is sufficiently safe and effective to be licensed for general use. A licence is required to make the drug accessible for other affected children around the world. Without such a trial there will never be an approved treatment for MoCD.

There are only six centres across England with specialist teams providing treatments for children with rare metabolic genetic conditions. However, Manchester CRF with its world-class research facilities and specialist expertise is particularly suited to run this complex trial.

At the start of the trial, Elliot and Lucy spent a week at Manchester CRF to take part in some qualifying tests and begin treatment.

Lucy said: “It was great that we were able to stay with him in the facility. Because I hadn’t been involved in a clinical trial before, when I got the letter inviting us to the trial I was initially nervous about what to expect but being able to be with him and stay with him at night during that first week really helped.”

After the week they returned home to continue treatment. The previous treatment Elliott received had to be stored at -80 degrees, requiring special freezers in a hospital pharmacy facility. This treatment can be stored at -20 degrees in a specialist fridge kept at home by the family.

Elliott receives the synthetic cPMP as an infusion – where the medicine is delivered directly into a vein through his central line, placed in his chest. Elliott had his first central line fitted when he was just eight-days-old – so that he could receive the necessary daily treatments. When speaking to Elliott, Lucy fondly refers to it as his ‘wriggly worm’.

“While his previous medication would take 45 minutes to deliver by pump, his new medication takes just five minutes every morning. He’s used to it and just sits in the kitchen while he gets the medication,” said Lucy.

Elliott returns to the CRF every few months so that he can continue to be closely monitored. Study visits can last between one to 13 hours, depending on the procedures being performed. He is treated in the same room, by the same team on each visit to provide him with continuity and comfort.

Lucy said: “The CRF has become like Elliott’s second home. He just loves it. He is non-verbal and can’t explain everything to you about how he’s feeling but you can see him running around with a big smile on his face. He’s clearly happy here and there aren’t many places where he is happy.

“Elliott’s involvement in the trial has been such a positive experience, in many ways. I was expecting visits to the CRF to be like sitting on a ward and not being able to do anything. That’s what our experience of hospitals had been like. But it’s nothing like it. Elliott comes in here and he’s in his element.”

Dr Schwahn is the Principal Investigator for the study, which has also been a reassurance to the family.

“Throughout this journey we’ve had incredible support from Dr Schwahn, and everyone else in the team. I know they are always just a phone call away; I can contact them whenever I need to and they are always happy to take that call”, said Lucy.

“We work closely with the CRF team, who discuss his treatment with us at all stages, for example, when discussing the doses of his medication, which are linked to his weight.

“Everybody is absolutely amazing and the relationship Elliott has with the team is second to none. I just can’t thank everyone enough. What’s amazing is that we don’t feel alone in this. They’re like a second family. It’s such a positive experience for him on an emotional level and as a result he’s not scared of hospitals.” 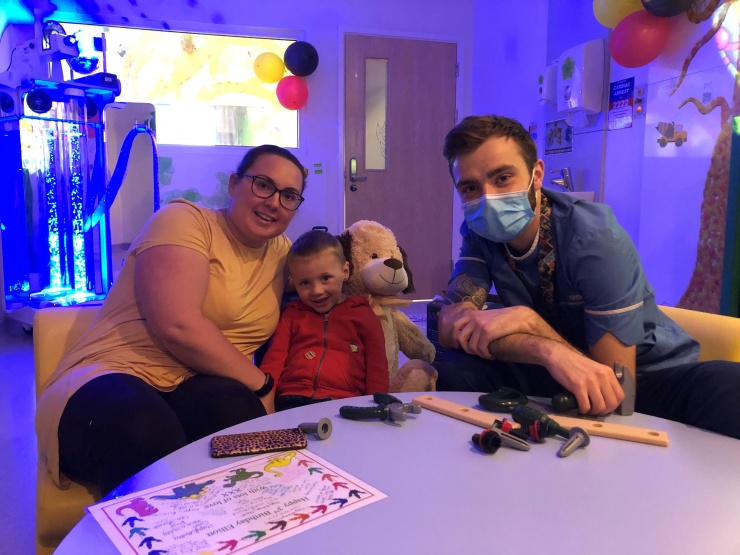 Due to the importance of the study and Elliott’s situation it was given exceptional status to continue during the coronavirus pandemic.

Lucy added: “Even through the pandemic they have been exceptional in keeping this going. We’re aware that everyone’s safety is of the utmost importance and they’ve put in extra security and safety measures to make this a safe environment so that Elliott can continue to have this vital treatment.

“I am so grateful and that’s why I wanted to share our story and to say thank you. Elliott started nursery last month and I can finally make that first step and say we’ve got there with him. 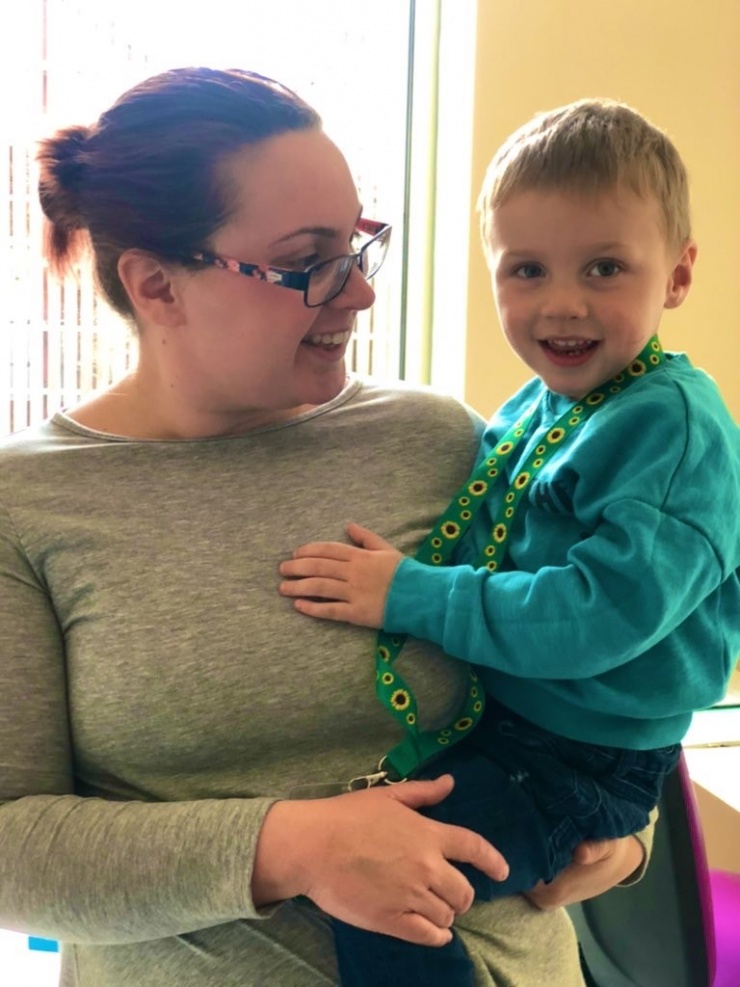 This is the first year that I can say that we’re not going to lose him, he’s here, he’s happy and he’s healthy, and this research has enabled that.