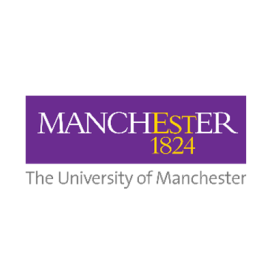 As part of CityVerve, the UK’s smart city demonstrator based in Manchester, The University of Manchester’s Health eResearch Centre (HeRC) is launching an interactive app designed to gamify the streets of Manchester, combining the increase in citizen fitness levels with discovering new things about the city.

The project is being led by The University of Manchester, working with local SME Clicks and Links to develop the BeeActive app.  A lot of the work Clicks and Links does is based around gamification and creating exciting ‘missions’ for people to accept or decline. After downloading the BeeActive app, users will set a personal daily steps goal and provide some simple ‘nudges’ such as offering people a mission to go for a walk at lunchtime which they can accept or decline. In time, the app will learn what types of missions a user prefers and tailor the ones offered to the user.

As an example, the app will monitor weather and traffic conditions. If an app user is on the bus, it may remind them that they could get off the bus earlier to increase their step count. Knowing when traffic is heavy or the weather is fine will combine to provide the highest possibility of success.

The app has been created as part of CityVerve, a collaboration of the brightest minds and pioneering technologies to help create a smart, innovative, inspiring Manchester. The CityVerve project brings together the latest Internet of Things (IoT) technologies, deployed at city scale to deliver transformative benefits spanning the themes of travel and transport, energy and the environment, culture and public realm – and BeeActive’s theme – health and social care.

At first, app engagement will be for those who live and work near to the Oxford Road Corridor, Manchester’s Innovation Hub, but the app could be rolled out further afield in the future.

To raise awareness, BeeActive is running a launch walk in collaboration with Transport for Greater Manchester’s Walking Festival 2017. Setting off from Oxford Road train station, the 1.5 mile walk will be a trail to discover some of the city’s many urban bees, finishing at Manchester Cathedral which houses beehives on the roof!

This is a really exciting opportunity to become part of Manchester’s technology demonstrator project which could help shape the future of the way we engage with technology. It is also a chance to explore the city of Manchester, to learn more about its history and of course to increase your activity in a fun way!

Julie Harrison, CityVerve Project Lead at Manchester University NHS Foundation Trust said: “The main aim of the Health and Social Care Theme is to help people help themselves and BeeActive is a perfect example of this. By empowering people to take charge of their health, be this through increased walking motivated via the app, we can help bring health and social care back into the community.”

The BeeActive app will be available for download on Tuesday 24 October from the Google Play store and the Apple App Store.