An MFT doctor is using her research into non-fatal strangulation during sexual assault to lobby for a change in the law.

Dr Catherine White is the Clinical Director of Saint Mary’s Sexual Assault Referral Centre (SARC), which is part of Manchester University NHS Foundation Trust (MFT). The centre cares for victims of rape and sexual assault from across Greater Manchester, Cheshire and Merseyside, providing services such as immediate crisis support, forensic examination and counselling.

“We are the longest-established and largest SARC in the country, meaning we have more than 30 years’ worth of data at our disposal and we are a national pioneer in terms of our research-based knowledge and evidence-based practice,” said Dr White.

It feels like we are sat on this massive gold mine of data and we have a moral obligation to mine that data, extract it, and do something worthwhile with it.

One of the worthwhile things Dr White has done with that data is conduct extensive research into non-fatal strangulation (NFS) among Saint Mary’s SARC clients. The results of this research led to the creation of a multi-agency working group, with members drawn from the police, the Crown Prosecution Service, the Probation Service, forensic pathology, as well as MFT colleagues from other departments, such as Ear Nose and Throat (ENT) and radiology. 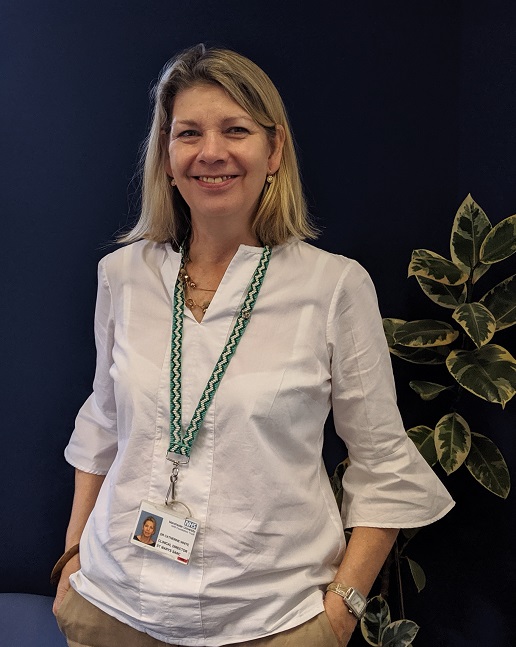 A briefing paper Dr White produced, summarising her research, has already influenced changes in practice and training within the SARC and other organisations, including Greater Manchester Police. Forensic doctors examining victims of sexual assault are now better equipped to identify instances of NFS, articulate evidence to attending police officers, who are subsequently able to record it on any potential charge sheet.

Her longer term goals include tougher sentencing for perpetrators and, ultimately, an update to a currently Victorian law relating to strangulation.

Dr White said: “I’d be delighted if I could play some part in getting the law changed.

The Offences Against the Person Act 1861, Section 21, is not fit for purpose in my opinion. It’s very rarely used as it stipulates that the offender can only be found guilty of strangulation if they have strangled in order to render the victim unable to stop the offender going on to commit another crime. So we had one SARC case where the offender raped the woman and then strangled her before leaving her for dead. If he had strangled her first and then raped her he could have been charged with strangulation, but as he strangled her after the rape this law did not apply.

Non-fatal strangulation – what the research shows

Strangulation is the obstruction of blood vessels and/or airway by external pressure to the neck, resulting in decreased oxygen supply to the brain. NFS is when the strangulation does not cause death.

Research indicates that NFS is an important risk factor in female homicides and is a predictor of future lethality, with NFS victims seven times more likely to become victims of murder by strangulation. The 2016 Femicide Census, a database of women killed by men in England and Wales between 2009 and 2015, shows that strangulation was the second most common method of killing, second only to stabbing.

Dr White said: “I started to really become aware of NFS in a big way about three years ago, after I read a paper by Nancy Glass, who is based in the US. When I read it I just thought ‘we’re missing something here’, so I looked into it a bit more and found that no research had been done in the UK at that time.

“We had always had it as a tick box in our pro forma for patients attending a forensic examination and we would tick it if it came up in their history, but that was it. I developed a more detailed pro forma, which asks more particular questions about strangulation.”

When that data was analysed, it indicated that one in five women who attended Saint Mary’s SARC in 2017 who were assaulted by a partner or ex-partner, were also victims of NFS during that sexual assault.

Further to establishing the multi-agency working group, Dr White has met with judges in Greater Manchester to discuss how bail conditions are set for perpetrators of NFS. She has also met with the newly appointed Victims’ Commissioner and former Solicitor General, Dame Vera Baird, to discuss the benefits of changing the law.

More widely, Dr White hopes to raise awareness of the danger prevalence of strangulation among professionals within the health, criminal and justice systems, as well as the public.

Strangulation should be treated very differently from a punch or slap or kick. It’s more serious on lots of levels, it’s a form of coercive control and is a very cruel way of saying, ‘I’ve got the power to kill you, I know it and you know it’.

“It’s also a very gendered crime. The Saint Mary’s SARC data shows that NFS is not seen in many children or men, it’s very much a trend of men strangling women.

“Reading through the information we gather relating to what victims of NFS say they did and what they were thinking while they were being strangled can be the most chilling part of my job. They will often say things like, ‘I lay still. I know from previous experience if I struggle it’s worse’, or ‘I thought I was going to die’.

“These women believe it’s their last moments, I can only imagine what that’s like.”

Despite the clear challenges of the role, Dr White says she loves her job and believes she is in a very privileged positon.

I think all of us who work here know how lucky we are to do this job, which is demonstrated by how long a lot of us have been here.

“You feel like you’re making things that little bit better and the person who walks out of the door is a very different person than the one who came in most of the time.”

Read more about the research conducted by Saint Mary’s SARC on its website.