A pioneering study to overcome cow’s milk allergy (CMA) in babies and children has been launched in the UK, sponsored by Manchester University NHS Foundation Trust (MFT).

The DREAM study is funded by an award from the Efficacy and Mechanism Evaluation (EME) programme, a Medical Research Council and National Institute for Health and Care Research (NIHR) partnership.

The study is taking place within the NIHR Manchester Clinical Research Facility (CRF) at Royal Manchester Children’s Hospital (RMCH) and the NIHR Newcastle CRF, within the Paediatric Research Unit.

CMA, which can affect up to seven per cent of babies, is an allergic reaction to a protein in cow’s milk. Occasionally, CMA can cause severe symptoms, such as swelling in the mouth or throat, wheezing, coughing, difficulty breathing, and a fall in blood pressure leading to fainting.

Current management of CMA in babies is to avoid all products containing cow’s milk protein and wait for the allergy to resolve on its own. Although most children will outgrow their allergy by three years old, one in five children remain allergic even into adulthood.

For babies with CMA, breastfeeding is seen as the most beneficial means of feeding an infant, however this is not always possible. Alternatively, babies are fed with a special ‘hypoallergenic’ formula which contains cow’s milk protein that is extensively broken down into small pieces to prevent reactions.

The study aims to recruit approximately 200 babies between six – twelve months-old, who have been diagnosed with CMA and prescribed hypoallergenic formula.

Sarah Robinson, 40, lives in Stockport.  Her 10-month-old son, Leo was recently enlisted onto the study. 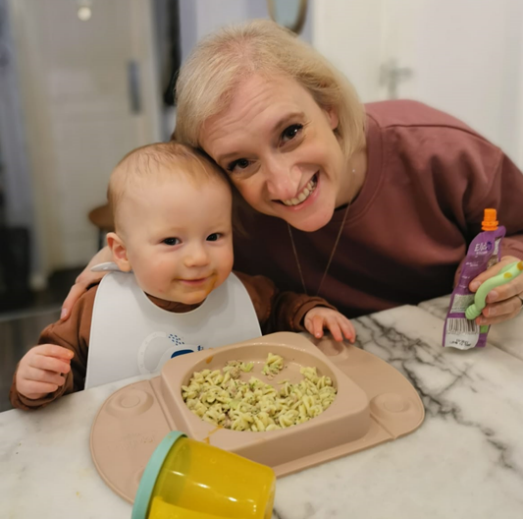 10-month-old Leo and his mum Sarah, who were recently recruited onto the trial at RMCH

Sarah said: “We knew Leo had a milk allergy because of his reactions to various foods that he’d had when he was weaning and his reaction to formula, where he’d immediately develop a head-to-toe rash.

“Fortunately, his reaction has never been more serious than that, but we were at a friend’s house when Leo put a toy in his mouth and his lips just swelled up. He’d had some sort of reaction to the toy, so he ended up in A&E at Royal Manchester Children’s Hospital. He was referred to the allergy team at the hospital, and after running tests it was established that although he has several allergies, he’s predominantly allergic to milk.

“When we were asked if we’d be interested in taking part in the study, we were happy to say yes. Although Leo’s never had a severe reaction to milk, it is challenging navigating weaning and nutrition when we can’t give him anything containing milk. We feel that being involved in the research is the right thing to do, not only to potentially benefit Leo but other children who may have more critical reactions.”

Previous research has shown that slowly giving patients increasing amounts of cow’s milk protein under strict doctor supervision, might help them outgrow their allergy – a method known as oral immunotherapy (OIT). However, increasing doses may be associated with causing allergic reactions, which requires strict doctor monitoring.

The DREAM study will compare two different formulas used as OIT: the hypoallergenic formula that is currently used for patients in normal clinical care, and another formula containing cows’ milk proteins that have been ‘partly’ broken down (partially hydrolysed), which researchers believe may help babies overcome their allergy faster. Babies will be randomly allocated to receive one of the two feeding formulas.

Dr George Gkimpas, Co-Chief Investigator of the trial and Clinical Research Fellow at The University of Manchester said: “We know OIT can work under certain conditions, but it is usually reserved for children past their toddler years.

“In the DREAM trial we want to start this management early and include infants within their first year of life. This is a time when the immune system is more amenable, so the intervention has a better chance of being effective.

“DREAM’s approach to oral immunotherapy is innovative in that we are not using cow’s milk; therefore, we are not directly giving the babies the food that they are allergic to.

“Instead, we are using a modified, partially hydrolysed formula which we believe could help build immunity and could be safer than cow’s milk. Using this formula will allow many of our babies to be fed freely, which is another feature that makes this trial truly innovative.”

The DREAM study is an observer-masked trial which means the researchers and parents will be unaware of what treatment each baby is on, until the trial is complete.

Dr Louise Michaelis, Co-Chief Investigator of the trial and Honorary Senior Lecturer at Newcastle University, said: “Cow’s milk allergy is one of the most common food allergies in children and, while many eventually become tolerant, some remain allergic for many years.

“We hope that this study will help babies overcome their cow’s milk allergy at an earlier age. A formula, that contains modified cow’s milk protein, given every day in very small doses, will allow the body to ‘accept’ the cow’s milk protein rather than see it as a ‘stranger danger.’” 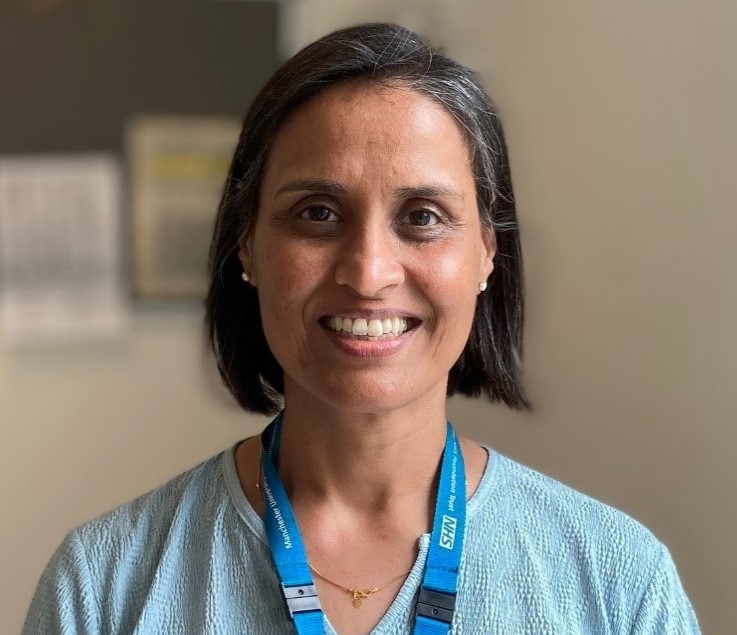 Dr Vibha Sharma, Consultant in Paediatric Allergy at RMCH, who is leading the study at MFT, said: “Children and families living with allergy to cow’s milk have to face many dietary restrictions, and a constant fear of possible allergic reactions from accidental exposure in their daily lives.

“Cow’s milk is everywhere, it is a common ingredient and can be ‘hidden’, so avoiding it is difficult and accidental reactions, even severe ones, are common.

“We hope to observe that this treatment may be effective in developing tolerance to cow’s milk protein early in life. If successful, this treatment could have a beneficial impact to the everyday lives of children and families living with this allergy.”