The study is blind, meaning participants are randomised to receive either a study drug or a placebo – and neither the participants, nor study team, will know which until the trial data has been analysed.

The arm of the study taking place at Manchester Royal Infirmary – part of MFT – is trialling the antiviral, molnupiravir.

In November 2021, the UK’s Medicines and Healthcare products Regulatory Agency (MHRA) announced that molnupiravir is safe and effective at reducing the risk of hospitalisation and death in people with mild to moderate COVID-19, who are at increased risk of developing severe disease.

Described by the UK’s Health Secretary as, “a gamechanger”, in the pandemic response, it is the first antiviral medication for COVID-19 which can be taken at home in tablet form, rather than injected or given intravenously.

Dr Shazaad Ahmad, Consultant Virologist at MFT, leads the study at Manchester Royal Infirmary (MRI), where it is being delivered within the NIHR Manchester Clinical Research Facility (CRF) at the Hospital. 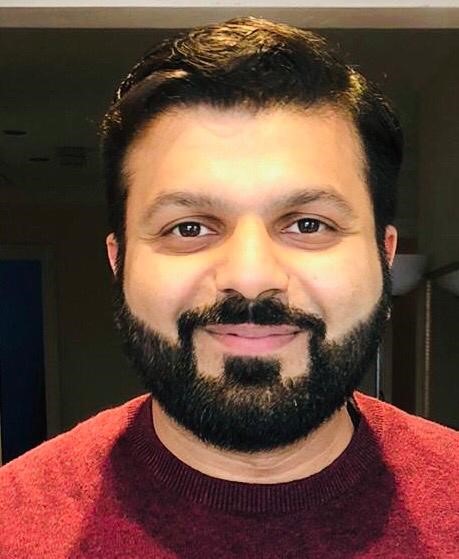 Dr Ahmad said: “The UK’s COVID-19 vaccination programme has been impressive and has led to a decrease in infection and hospitalisation rates. However, it will not eradicate COVID-19 infections entirely, and it is therefore essential that we continue to find treatments for those people who do contract the virus to prevent them from developing severe disease.

“Molnupiravir works by interfering with the virus’ replication. This prevents it from multiplying, keeping virus levels low in the body and therefore reducing the severity of the disease.

In order to find out more about it, we rely on volunteers to participate in the AGILE trial – which is why we are asking people from across Greater Manchester to consider taking part in this vital research.

“I would like to extend my thanks to the people who have already taken part in the study at our Trust, as well as the multidisciplinary team who are doing a fantastic job of delivering the study within NIHR Manchester CRF.” 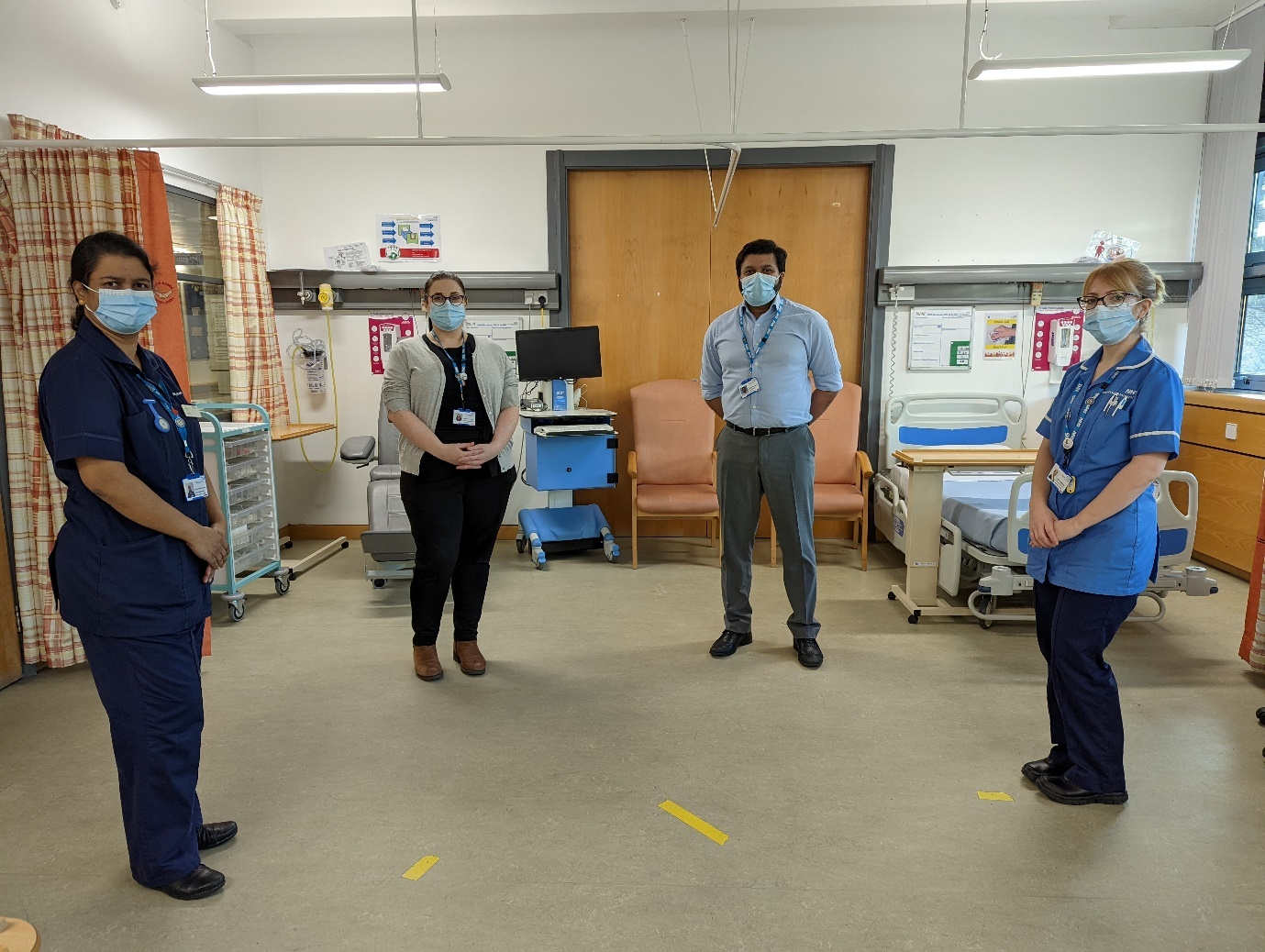 Two participants in the AGILE study at MFT have shared their experiences of taking part in this research.

Julie Cawthorne is Assistant Chief Nurse for Infection Prevention and Control (IPC) and Tissue Viability at MFT and is the Trust’s Clinical Director of IPC.

On the evening of Monday 18 October 2021, Julie began experiencing symptoms of a cold and administered a lateral flow test the next morning, which was positive. Having booked a PCR test for 19 October, Julie received a confirmed positive result within 18 hours. 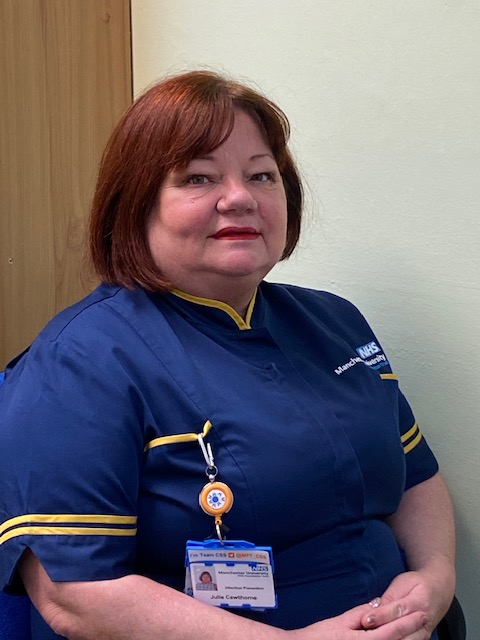 Julie said: “I was really surprised, and I was also concerned, because I had heard that the COVID symptoms often start quite mild and then you deteriorate, and that concerned me.

“I didn’t feel too bad at first, but then began to feel achy and very, very tired. I lost my sense of taste and smell and I had muscle and joint ache.

“Providing I stayed motionless I was OK, but I had to lie very still. But when I started to pick up my activity, I experienced shortness of breath, which became more apparent the more I did.”

Julie heard about the AGILE trial via MFT colleagues and enquired about taking part following her positive PCR result.

“I understood right from the very beginning that I had an equal chance of receiving placebo or the treatment, as it’s a randomised control trial, but I had never had the opportunity to participate in research prior to this, and I wanted to take part.”

For me I think there was of course some self-interest, as if I received the drug, it might help me directly, but I was also motivated by the fact that it might help other people in future.

Participation in the study involves an initial screening visit to determine eligibility, which includes blood and urine samples, height and weight measurements and an electrocardiogram (ECG). As this trial involves COVID-positive participants, NIHR Manchester CRF has designated ‘red zones’ to ensure patient and staff safety, with staff working in red zones adhering to strict IPC protocols.

Once a participant is determined eligible to participate, they must take two tablets a day, 12 hours apart, for five days.

Julie said: “The staff were absolutely lovely, really nice and it was a good ratio of staff to patients. I felt the environment was safe in which they were undertaking the trial, and staff were very good with their PPE – you couldn’t fault them.

“In terms of the tablets, you have to be nil by mouth for two hours before and then for an hour after taking them. I combatted that by waking up at 6am to take them and then going back to sleep – so it only really impacted me in the afternoon.

“I’d say unexpected positives of taking part in the trial was receiving a ‘physical MOT’, which I wouldn’t have received otherwise. I was also paid for taking part and my travel expenses were paid, which I didn’t know before I decided to take part.”

Having now completed her participation in the AGILE study, Julie said she would recommend taking part in research to others.

“As somebody of my age group, which is 50+, I wanted to make sure I reduced the risks as much as I could.

“People should consider taking part in this trial because if you receive the study treatment it works, then you’re helping to protect yourself, but either way you are helping to enhance understanding of potential new treatments for coronavirus.” 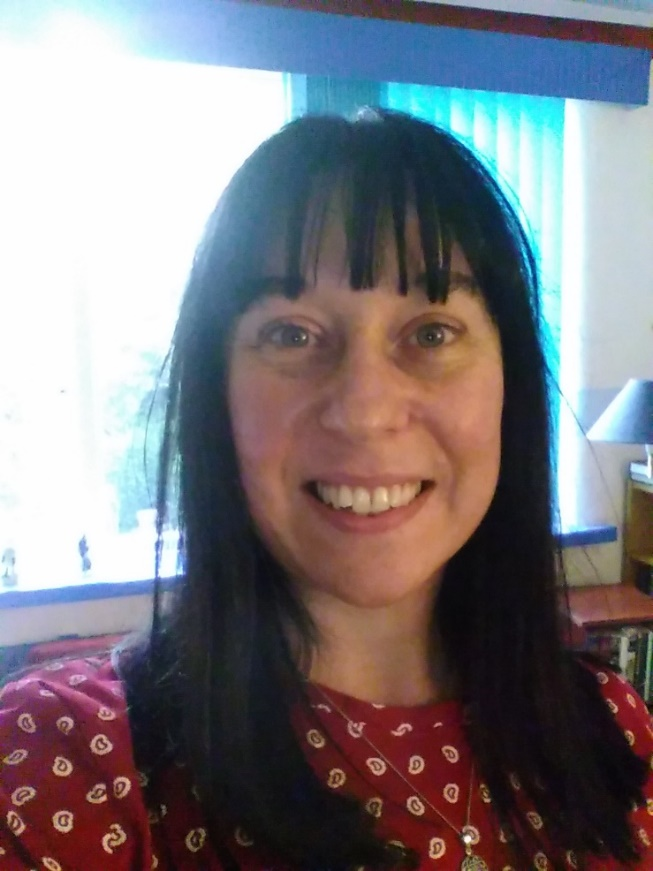 Roz Hughes is now a Practice Nurse in Greater Manchester. She heard about the AGILE trial while working at MFT in a community role.

“I’d been doing my lateral flow tests twice a week as per Trust guidance, I do mine on Mondays and Thursdays. That week they both were negative,” said Roz.

“I’d been for my third COVID vaccine on the Thursday and I started to feel a bit rough on the Friday, but I put it down to the vaccine. But I woke up on the Sunday morning with a lot of congestion and feeling really cold and unwell, and I thought, this isn’t the vaccine.

Roz took a lateral flow test, which was positive, and booked a PCR test for Monday 11 October, which also came back as positive the next day.

“I got an email about the study and phoned up to get a bit more information and decided I wanted to take part.

“I hadn’t taken part in research before, so I was quite interested to do so and find out what goes on at the CRF.

“I felt well enough to be able to drive over for my screening appointment. I had to wait in my car in the carpark, and a Clinical Research Nurse came down to meet me, wearing PPE, to take me inside.”

Like Julie, Roz underwent tests as part of her screening appointment and was cleared as eligible to take part in the trial. She took her first dose at the CRF and took the rest of her study course home with her.

“It’s quite similar to taking antibiotics – you’re advised to take them on an empty stomach, so that does require a little bit of thinking about, but it’s quite a short course and it was fine.”

Roz has finished her participation in the study, having completed her final follow-up appointment.

I would recommend taking part in this research to others definitely. I have no idea whether I received the drug or the placebo, but it was an interesting experience and may help others in future.

“Taking part was a positive experience too as well as interesting, as all the staff were great, really friendly and professional.”