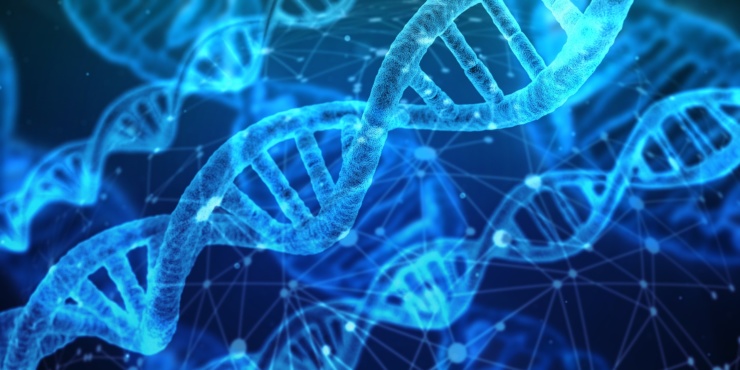 MPSIIIA, also known as Sanfilippo syndrome, is a rare inherited disease caused by a genetic mutation and deficiency in the SGSH gene, meaning that the body’s enzyme Sulfamidase cannot break down complex sugar molecules properly. These molecules build up in cells within the brain and nervous system and have a devastating and progressive impact on a child’s development.

Children born with the disease develop normally at first but as the disease progresses, it delays their development of speech, learning and walking, and causes severe behavioural problems such as hyperactivity, anxiety and difficulty sleeping. Eventually children lose their speech and mobility, and will die early, usually during their late teens.

Until now there was no cure for MPSIIIA, however there may be new hope for these children after the two-year old was the first to receive a new ex vivo bone marrow stem cell gene therapy treatment delivered by RMCH (part of Manchester University NHS Foundation Trust), and developed at the University of Manchester, in collaaboration with RMCH, Great Ormond Street Hospital (GOSH) and University College London (UCL) Great Ormond Street Institute of Child Health (ICH).

It was such a positive experience to offer this cutting-edge therapy to our young patient.

In BMT, the patient’s blood cells are replaced by those from a matched donor, which can give them the missing enzyme. Although effective in similar conditions, previous attempts to treat MPSIIIA using bone marrow transplants from healthy donors have failed because the donor cells did not make and give enough enzyme.

For this new stem cell gene therapy treatment, the process of bone marrow transplant is the same, but instead of using donor bone marrow stem cells, the patient’s own stem cells are taken and the missing SGSH gene is inserted into them outside of the body (ex vivo). The cells are then cryopreserved and tested for quality assurance.

Following a conditioning regimen to make space for the patient’s body to receive the genetically modified stem cells, the cryopreserved cells are thawed and infused back to the patient, allowing the blood to produce much more Sulfamidase enzyme than with normal donor marrow. 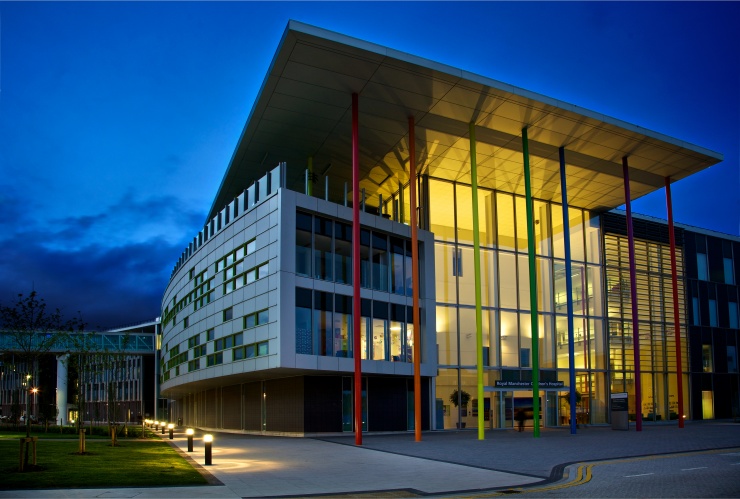 Above: The Royal Manchester Children’s Hospital

The gene therapy technology was developed at the University of Manchester by Professor Brian Bigger. Whilst the patient’s blood stem cells from were taken in Manchester, the genetic manipulation of those cells to add in the SGSH gene was performed in the specialist gene therapy labs of Professor Adrian Thrasher, Professor in Paediatric Immunology, at GOSH and the UCL Great Ormond Street Institute of Child Health, with the support of GOSH charity and the National Institute for Health Research (NIHR) GOSH Biomedical Research Centre (BRC).

The patient underwent the BMT treatment using his own cells in January and is now back home. Early signs for the treatment are positive, with tests showing his genetically modified bone marrow is producing blood cells that are delivering much more enzyme than previously possible with normal transplants.

Whilst it will be some time before the outcomes of the drug are known, the team are hopeful that this increased enzyme level, including in the brain, will be enough to prevent the otherwise certain neurological decline from his condition.

“It was such a positive experience to offer this cutting-edge therapy to our young patient. Early results from the treatment are really encouraging, and we hope that it will help us to change the course of this awful illness and give these children a better future.”

“All pivotal scientific innovations require team work. Many laboratory and clinical teams in the Royal Manchester Children’s Hospital, as well as the research labs in the University of Manchester and those in Great Ormond Street Hospital and University College London have contributed to this major advance in clinical medicine.”

“It’s rather special to see a therapy over ten years in the making in our labs, finally delivered to a patient. We’re incredibly grateful to the scientists, clinicians, families, charities and funders, especially the Society for Mucopolysaccharide Diseases and Great Ormond Street Hospital charity who have been involved throughout, and hope this therapy will, if approved, make a significant difference to the quality of life of patients with Sanfilippo.”

“Over the last 20 years we have developed significant expertise in developing gene and cell therapy medicines for some of the rarest childhood conditions. We’re delighted to have been able to work with colleagues in Manchester to bring this new treatment to this young patient.”

“We look forward to working together on an upcoming clinical trial and helping bring these cutting edge therapies to a larger group of children with this devastating condition.”

The team plans to launch a wider clinical trial for patients with MPSIIIA which they hope will further establish the potential benefits of the treatment in more children, and assess their development as they get older

The trial will be supported by Orchard Therapeutics, which holds the license to the MPSIIIA program and will fund the clinical trial in a grant to Professor Bigger. It will be sponsored by the University of Manchester in collaboration with GOSH, and conducted at the Royal Manchester Children’s Hospital by Professor Wynn, and will utilise the same technology and procedures that were used to treat this first MPS-IIIA patient.

The gene therapy medicines will be manufactured under the direction of Professor Thrasher in state-of-the-art clean room facilities at GOSH.