Greater Manchester resident, Gen Buckley, who lost her father and brother early to bowel cancer, is urging the public to support new health research by sharing their ideas about saving lives from cancer.

A national online survey, to gather public views about what is important in detecting cancer earlier, has been launched today (3 December) by scientists at the NIHR Manchester Biomedical Research Centre (BRC).

Every two minutes someone in the UK is diagnosed with cancer.  There are more than 360,000 new cancer cases and around 164,000 cancer deaths in the UK every year. 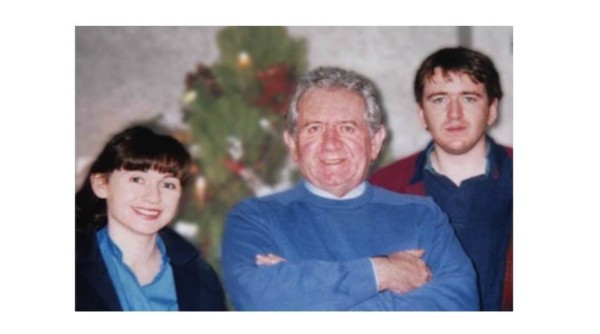 The ‘two-week wait’ (urgent referral to see a specialist for suspected cancer) is the most common route to diagnosing cancer. Screening is the route with the highest proportion of cases diagnosed at an early stage, but is only effective for a few cancer types.

The Detecting Cancer Early Research Priorities Survey asks cancer patients, their carers and the public to suggest new areas that scientists can research to detect cancer early.  The earlier cancer is detected the more likely it is that treatment will be effective.

People, with a personal experience of cancer, are likely to have suggestions about how we can focus differently on cancer early detection. We want their ideas in order to prioritise a top 10 list of unanswered research questions. These questions will inform future studies and, ultimately, effect healthcare advice and practice – hopefully saving more lives.

Dr Ellena Badrick, Cancer Data Scientist at the Manchester BRC and The University of Manchester

Participants, who must be 18+, can contribute any relevant ideas, but areas for consideration – such as diagnosis, education, individual empowerment, missed opportunities while being treated for other conditions, new tests or screening – are mentioned as prompts in the survey.  Thoughts on all cancer types can be included in the poll, which will be open for three months.

The survey is being managed as a Priority Setting Partnership (PSP), by the Cancer Prevention and Early Detection Team at the Manchester BRC, in partnership with the James Lind Alliance (JLA).  The questionnaire is integral to the PSP which is taking a systematic approach to deriving the set of unanswered research questions.  The James Lind Alliance, a non-profit making organisation, supports joint working between patients, carers and healthcare professionals to improve health research.

Ex-nurse, 50 year old Gen Buckley cared for her father, Mike and brother Phil Hynes, while they were treated for bowel cancer.  Mike, a former business studies lecturer at Manchester Metropolitan University, lived with cancer for five years, before dying, aged 63, in 2000.

Telecommunications engineer Phil, who lived in Watford, died aged 46 in March this year, within nine months of diagnosis, leaving a wife and two young children.  Both Mike and Phil had cancer diagnosed at a late stage.

Phil, pictured here with his sister Gen Buckley, after chemotherapy and shortly before the end of his life. Above Gen is photographed with her father, Mike, and Phil in the mid 1990s. 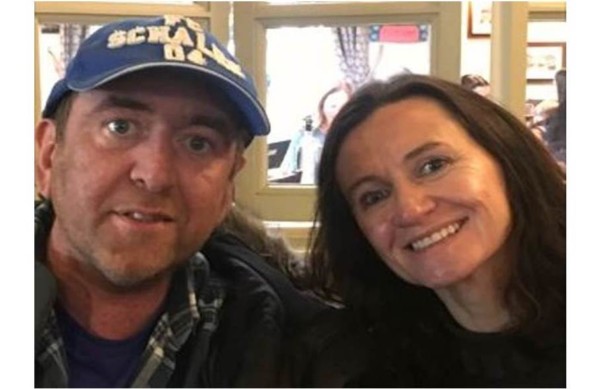 Gen Buckley, who used to nurse at The Royal Oldham Hospital, is a steering group member of the Detecting Cancer Early PSP said;

“Supporting two close relatives through cancer diagnosis and treatment gave me a completely different perspective to my nursing role. Alternative viewpoints are valuable springboards for future research. Patients, carers and the public, who may have had a test for cancer themselves, will have different ideas as to how early detection can be approached.”

Don’t underestimate any observations and suggestions even seemingly small things can make a huge difference. Ten minutes spent filling in the survey could lead to more effective ways of finding the disease earlier. This could benefit participants themselves, their family and friends.

After the survey closes (28 February 2019) all suggestions will be reviewed, using predefined JLA methodology, and the top 10 list of unanswered research questions agreed at a workshop involving all parties: patients, carers, healthcare professionals and public.   The workshop will take place in summer 2019.

Any questions about the survey can be directed to Dr Ellena Badrick: ellena.badrick@manchester.ac.uk