For nine-year-old Leo, and his mum, Lisa, taking part in a clinical trial at the NIHR Manchester Clinical Research Facility (CRF) at Royal Manchester Children’s Hospital (RMCH) has been important for many reasons. Leo, who has a diagnosis of autism, is part of a clinical trial testing the safety and effectiveness of a medicine, which may help improve some of the symptoms of autism and ultimately benefit some of the one in 100 people on the autism spectrum.

Autism affects people in different ways. Like all people, autistic people have their own strengths and weaknesses. More information is available on the National Autistic Society website: https://www.autism.org.uk/advice-and-guidance/what-is-autism. Autism is not curable; at present most treatments are based on understanding and analysing the function of behaviour, and there are currently no medications to improve the main symptoms of autism. It is only through clinical trials like this that a possible treatment could be developed and licensed in the future.

This is a global clinical trial of bumetanide and Leo is one of 400 children and young people (split into two age groups), from 11 countries, who have been taking part in the study. As the global study Leo is participating in is not yet complete, the results are not due to be published until 2022.

Lisa said: “When we were invited to participate in the study, I was keen for Leo to take part because, through working in research myself and my personal involvement in autism@manchester’s expert by experience group, I understand the value of high-quality research.

Research like this can help to build the evidence base for autism, which could improve treatments and benefit children like Leo in the future. But also, as Leo’s mum, I could see the opportunity of him having access to an interventional treatment that could benefit him now.

Manchester CRF at RMCH is ideally placed to run the study with its world class facilities, specialist clinical research staff, including research health play specialists, and access to specialists in psychiatry and autism, including Dr Latha Hackett. Dr Hackett is a Consultant in Child and Adolescent Psychiatry at The Winnicott Centre, part of Manchester University NHS Foundation Trust (MFT), and the co-lead for the study in the UK.

Ultimately the most important consideration for Leo’s family was Leo’s experience if he were to participate in the trial, recognising that it would involve numerous visits to the CRF, scans and invasive procedures such as blood tests. 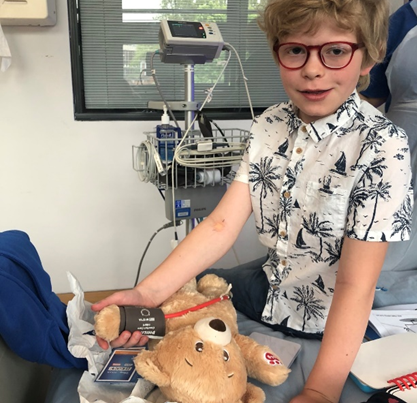 Leo carries out blood pressure tests on his favourite teddy

Lisa explained: “Leo often finds new situations and environments stressful and, coupled with the clinical procedures Leo needed as part of the study, we were very conscious that if Leo was unsure or distressed, we wouldn’t be able to take part.”

Before taking part in the study, Leo’s family had numerous telephone discussions with Dr Hackett and the study team, as they were keen to learn more about Leo. Lisa said she was reassured and incredibly impressed by the efforts made by the team to ensure Leo’s comfort.

They wanted to learn his likes, dislikes, and what might make him anxious. They made it very clear that Leo’s comfort was their priority, first and foremost and this really put us at ease.

“Then, over the course of each visit, the CRF staff got to know Leo and what works for him, specifically the value he (and therefore we) put on structure and routine – it is vital to Leo and really helps his anxiety. This included setting up specific rooms at the Manchester CRF in the same way each time and being greeted by the same team members. This gave him a familiar routine and a recognisable place – a place that he knew was his space.”

Leo was also encouraged to bring his favourite teddy on every visit and the team would pretend to carry out blood pressure tests on the teddy so that he could see what would happen when they were to test him. Because he’s comforted by processes, they would also show how him the blood pressure machine and the ECG working. 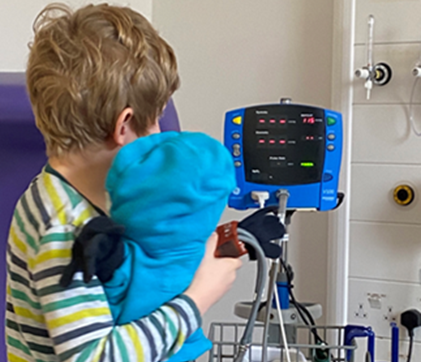 Lisa also noted how much Leo enjoyed spending time with the CRF’s research health play specialists, Katrina and Emma, and was always excited to see them and other members of the clinical research nursing team, with requests to see Caitlin and Michelle ahead of each visit. With visits sometimes taking up to four hours, Lisa is clear that all these elements helped the frequent trips to the CRF to be a positive experience. 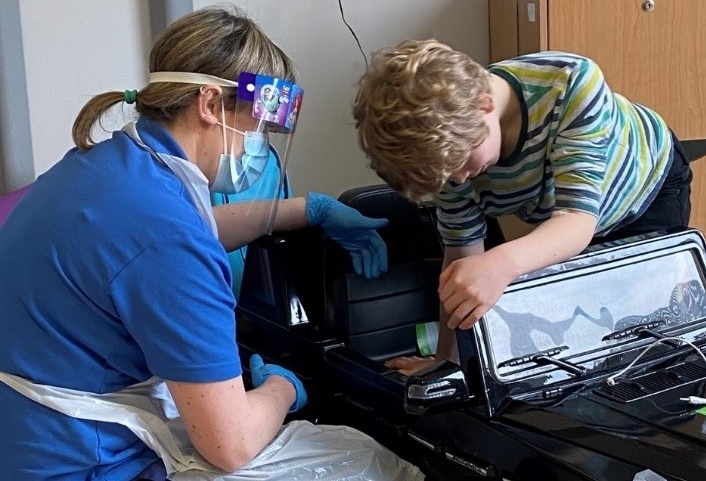 The team’s creativity and adaptability in catering for Leo was amazing. This was so important because where he had been happy to take part in a procedure previously, he may struggle on the next visit.

“The CRF staff  would adapt to his needs, for example, taking the blood tests in different locations at the CRF depending on the setting where Leo felt most comfortable at the time – including in the CRF’s donated electric toy car if that’s where he felt most comfortable that day. The team were patient, and they put him first every time.”

The study was able to continue during the pandemic and Lisa says this was invaluable.

“Everything else in his life changed during the pandemic but, this was consistent, and that’s so important for Leo. It meant everything.”

“The team were always so welcoming, with every member going out of their way to say hello. We can see that Leo got a lot out of coming to the CRF and being a part of this study. On his nineth birthday they gave him a card and sang happy birthday with a cake – it’s those personal touches that we really appreciate.” 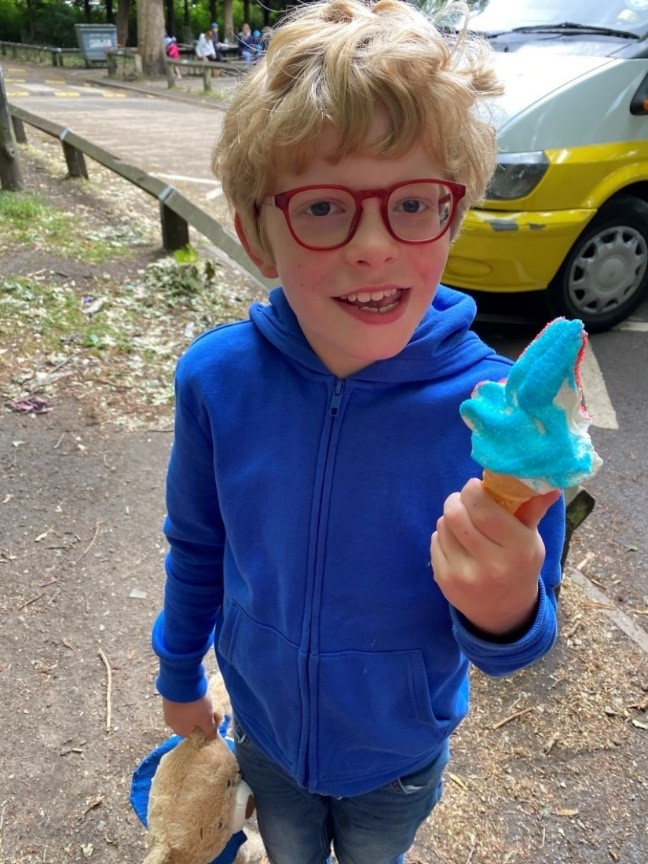 In lots of settings it’s Leo’s autism that people see first but, at the CRF first and foremost they saw and valued our beautiful boy.

Find out more about autism@manchester.