As part of the NIHR Your Path in Research campaign, which supports health care professionals to get more involved in research, we are shining a spotlight on Emma Charnock – a Senior Paediatric Oncology Research Nurse at Royal Manchester Children’s Hospital –who cares for children with cancer and rare blood diseases.

Emma and her team guide children and their families through the process of taking part in research. This can mean clinical trials, where children are given access to new and potentially life-saving drugs, as well as biological studies, where children donate their tissue for scientific research into potential future treatments.

But what is the role of a Senior Paediatric Oncology Research Nurse? Are there any differences or ethical considerations in trials involving children in comparison to ones with adult participants? And ultimately, why does Emma do research?

Emma qualified as a nurse 12 years ago. Her first job was at the Christie NHS Foundation Trust, where she was a staff nurse on the hospital’s young oncology ward, caring for teenagers and children with cancer.

“When I worked at the Christie there was a research nurse who I found really inspiring and I was always interested in what she was doing and what studies she was running,” said Emma.

“I spent a couple of days with her and that was my first little taster of research.

After leaving the Christie, Emma spent six months in Melbourne in a more general nursing role, taking the opportunity to get broader experience. While she found her time in Australia very rewarding, it made her realise that cancer (oncology) was the path for her.

After returning to the UK and taking up a job at Royal Manchester Children’s Hospital (RMCH), Emma progressed through her career and now leads a team of oncology research nurses.

Emma looks after children with cancer who are taking part in clinical trials. No two days are the same, something she loves about the role. Her time is split between managing and training staff, caring for patients and administering trials, as well as office-based administration. 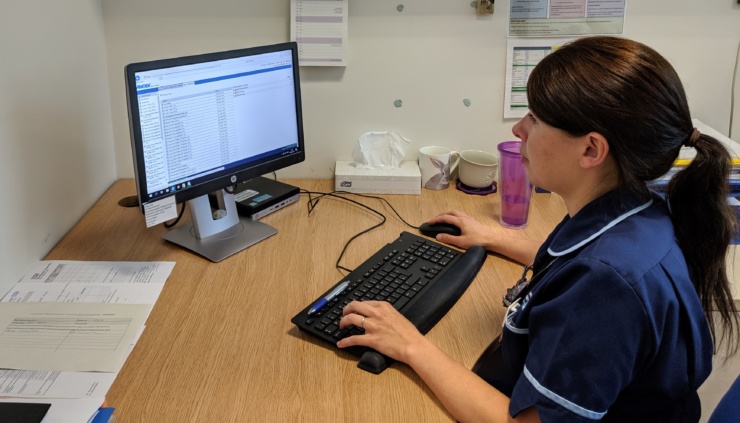 Emma carrying out some administrative work

“Part of my role is managing a growing team. Trials are expanding and the number of studies we are running is always increasing, so we’ve gone from a team of two and a half to a team of six.”

“As well as managing my own research team, I’m also responsible for educating newly qualified staff, who may not have a specific research remit, but care for children with cancer who are on a clinical trial.

“Cancer patients are often asked to take part in biological studies, as scientists require biopsies of the tumours and blood samples we take so they can work on developing new drugs to treat cancer. Part of our role is approaching families at diagnosis, explaining that if there’s enough tissue, we can send some of that off for research purposes, and asking their consent for us to do so. This is of course in line with the Human Tissue Act and all Trust and national policies are followed.

It’s very rare parents don’t want to take part. People are almost always receptive and it’s amazing how parents cope – they have often just had a new diagnosis and they will say ‘anything that will help anybody else’ – because they don’t want other families to go through what they’ve been through.

Patient consent is key to ethical research, but the process of obtaining it is different in clinical trials involving children. While adult research participants can consent for themselves, in paediatric trials, parents give consent on behalf of their child. This involves parents signing a consent form on their child’s behalf, but children under 16 must also give what’s called ‘assent’.

Emma said: “Assent is a verbal expression of agreement, which we record according to set guidelines.

“As part of this process, we provide the parent with a patient information sheet and give the child a version that’s appropriate for their age.”

There are other key differences between trials involving adults and children. Even in late stage research, children will never be randomised to a placebo. This means they will always receive NHS standards of care, or a new drug, and would never only receive a ‘dummy’ treatment as part of a control group.

Trials involving children also tend to be multi-site i.e. taking place across a number of hospitals across the UK or even internationally, which Emma explained comes down to numbers.

Scientists need data from hundreds of research participants to gain accurate data. With adult trials, there are often high numbers of eligible patients at one hospital trust, but we might only get one patient on a particular trial here at RMCH for a whole year.

“Far less children get cancer in general than adults, which is down to their age and exposure to risk and lifestyle factors.”

According to Cancer Research UK (CRUK), children’s cancers risk factors are not well understood, mainly because this group of cancers are relatively rare and diverse – which is why research is so important. 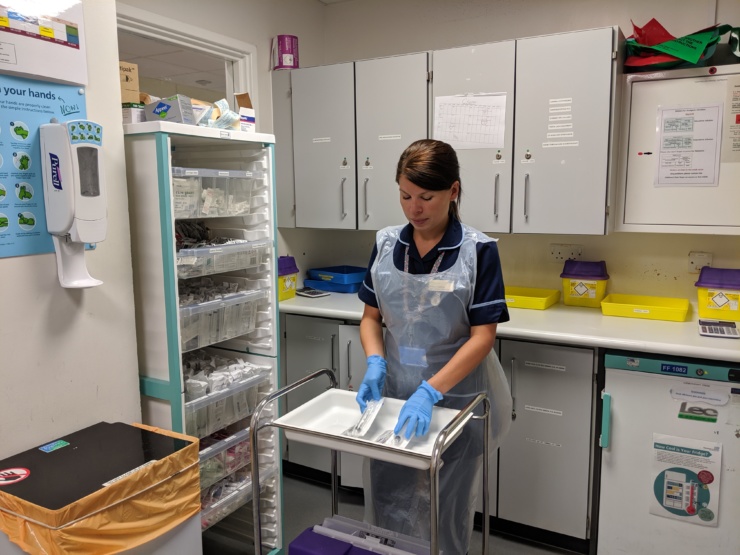 Lots more information can be found on the CRUK website, but clinical trials are essentially categorised according to what ‘phase’ the research is in.

Phase I trials involve small groups of participants, and aim to find out about any side effects and what happens to the treatment in the body. Phase II trials are usually larger than phase I, and may involve up to 100 people. They aim to find out if the new treatment works well enough to be tested in a larger phase III trial, more about side effects and how to manage them, and more about the best dose to use

Phase III trials involve hundreds or sometimes thousands of people, and compare the new treatment with the current standards of care.

Emma said: “We see around 150 children a year with cancer at RMCH, which is part of Manchester University NHS Foundation Trust (MFT). The vast majority of those who are eligible for research will take part in phase III trials, with a much smaller percentage taking part in phase I and II.”

Some children who take part in clinical trials are at a point in their treatment where they are palliative – which means end of life care – or they have initially responded well to standard treatment, but have since relapsed.

Emma said: “This can of course be difficult at times. The families put so much hope into these drugs, even though they are fully informed that the treatment might not work, it can of course still be very emotional when it doesn’t.

When that does happen, lots of parents here say they feel like they did everything they could and they get comfort from that, as they haven’t left any stone unturned.

“We also have amazing examples of trials which have significantly prolonged children’s lives. For example, we have two patients taking part in a study, which is intended as a phase I. Phase I studies might usually last for six months or less, but we’ve got two patients who’ve been on the drugs for nearly two years, so that’s worked really well.”

Another trial, which is being sponsored by NovImmune SA, is investigating the long-term safety and efficacy of a new drug, NI-0501, in children with a disease called Haemophagocytic Lymphohistiocytosis, known as HLH.

Emma said: “We enrolled a patient on a trial the first week it opened.

“We put the blood sample in a centrifuge, spin it – which splits the blood into the different elements that the scientists need – freeze the samples, and send them off to be analysed. 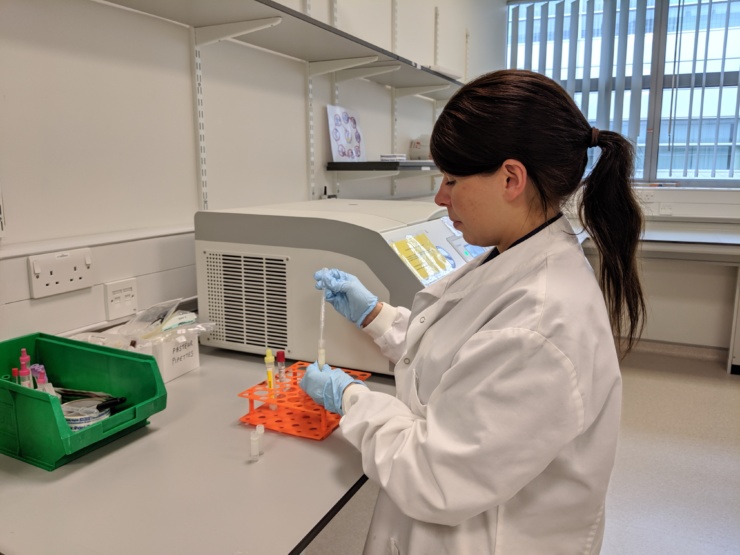 “After eight weeks the treatment should have helped the patient get well enough to receive a transplant at RMCH’s Bone Marrow Unit.

“Without this drug it’s unlikely this patient would be well enough for a transplant, so this treatment really is life-saving.”

Why Emma chose a path to research

Emma added: “I really enjoy working in research as you learn about the development of new treatments and you are able to provide hope for patients who potentially have a life-limiting condition.

This is really important to me, as the research we do now helps every child diagnosed with cancer in the future.