The NHS has struck a deal for a life-saving treatment that will offer babies and young children with a rare and life-limiting genetic disease the prospect of a normal life.

The revolutionary gene therapy treatment is known by its brand name, Libmeldy, and is used to treat metachromatic leukodystrophy (MLD), which causes severe damage to the child’s nervous system and organs, and results in a life expectancy of between just five and eight years.

The treatment will become available on the NHS as a specialist service and will be delivered within Royal Manchester Children’s Hospital – in collaboration with Manchester’s Centre for Genomic Medicine at Saint Mary’s Hospital – both part of Manchester University NHS Foundation Trust (MFT). MFT will be one of just five European sites that will administer the treatment, and the only site in the UK.

The most common form of MLD usually develops in babies younger than 30 months and can lead to loss of sight, speech and hearing, as well as difficulty moving, brain impairment, seizures, and eventually death.

It has a reported list price of more than £2.8 million, making it the most expensive drug in the world, but it can now be offered to young patients on the NHS in England after the health service negotiated a significant confidential discount.

The NHS Long Term Plan committed to providing the latest cutting-edge treatments and therapies for patients.

Libmeldy works by removing the patient’s stem cells and replacing the faulty gene that causes MLD, before then re-injecting the treated cells into the patient.

It prevents the development of a crucial enzyme that leads to a build-up of fats that then destroy the protective layers around the child’s nerves.

This revolutionary drug is a life-saver for the babies and young children who suffer from this devastating hereditary disorder and will spare their families untold heartache and grief.

“The deal we have struck is just the latest example of NHS England using its commercial capabilities to make good on the NHS Long Term Plan commitment to provide patients with cutting-edge treatments and therapies at a price that is fair to taxpayers’.

“It also shows that while rolling out the world-leading NHS COVID-19 vaccination programme, and caring for people with the virus, the health service is also doing its very best to care for millions of patients with other conditions.”

Previous treatment options for MLD were limited to managing symptoms and supportive care. It is estimated that around four babies born every year in England will have the condition.

The drug, which has been manufactured by UK-based pharmaceutical firm Orchard Therapeutics, has been recommended for use by the National Institute for Health and Care Excellence (NICE) today (Friday 4 February).

NICE has published final guidance on the use of Libmeldy, enabling the rollout of the treatment to begin in the Spring.

Clinical trials have shown this treatment will deliver substantial health benefits, drastically improving the patient’s quality of life and life expectancy, giving them the prospect of a normal life.

It will be delivered by a specialist service and is available on the NHS from Manchester’s Centre for Genomic Medicine at Saint Mary’s Hospital – part of Manchester University NHS Foundation Trust (MFT) –  which will be one of just five European sites that will administer the treatment, and the only site in the UK. 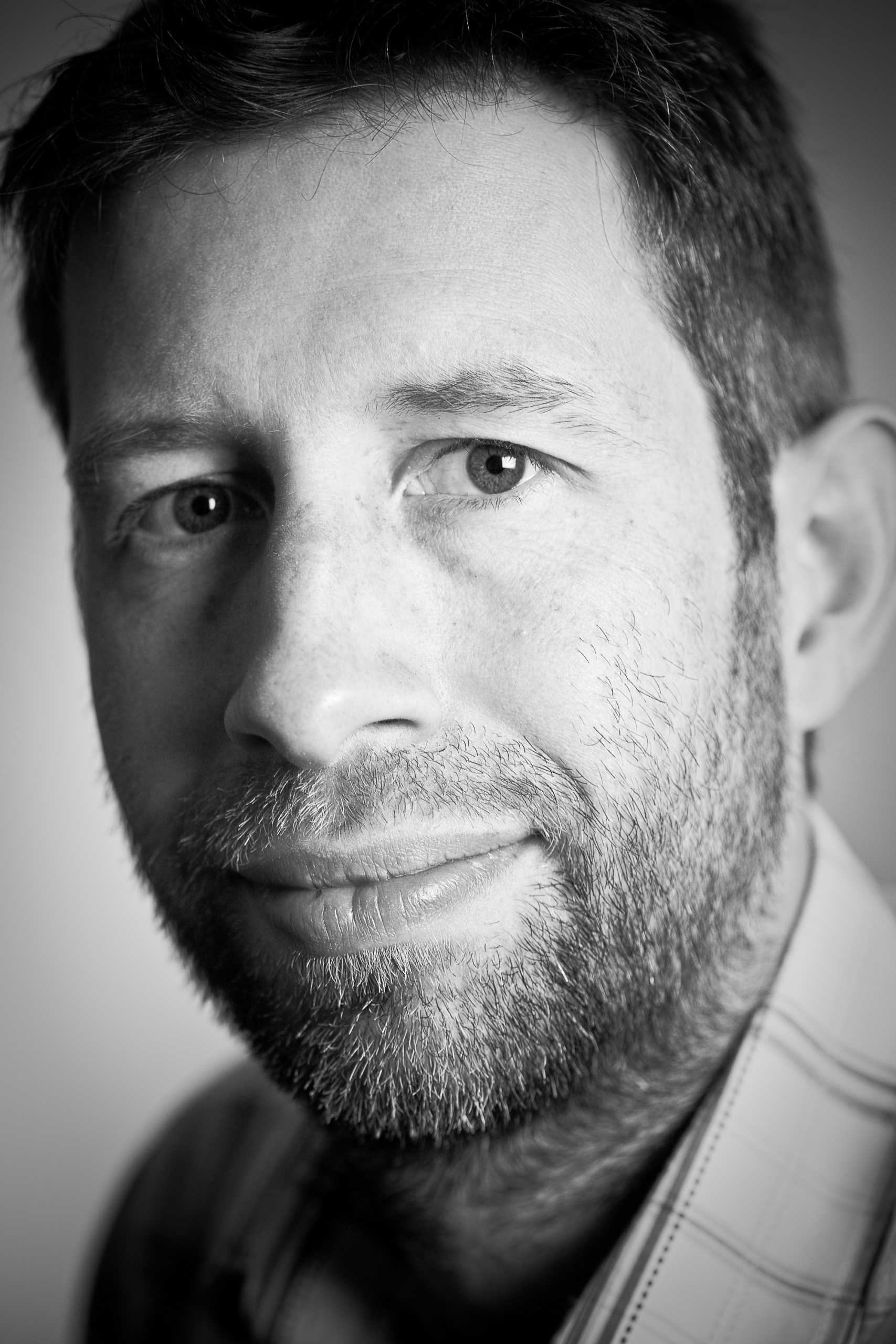 Professor Simon Jones, Consultant in Paediatric Inherited Metabolic Disease at MFT and Clinical Director of NIHR Manchester Clinical Research Facility at Royal Manchester Children’s Hospital, said: “This is enormously welcome news for all families affected by MLD, a progressive, life-limiting condition for which there were previously no approved treatment options. While there are various sub-types of the condition, in its later stages, all forms largely result in children losing their ability to move and speak.

It is extremely pleasing that this treatment will now be offered to all eligible patients, which is testament to the rigorous clinical trials that have paved the way for this decision, and the world-leading research and innovation capability within the NHS.

“As a Trust, we are delighted to be selected as one of five European centres to begin offering this new service as part of NHS standard of care, furthering our work as a European centre of excellence for metabolic conditions.”

The treatment will be available to babies and young children with no clinical signs or symptoms, as well as those with early symptoms of the condition, so long as they can still walk independently and with no evidence of cognitive decline.

Where there is no family history of the condition, MLD is usually diagnosed through a combination of brain MRI, and blood and urine tests, before genetic testing is used to identify the specific mutation.

As one of only five centres providing the treatment, MFT is expected to welcome patients from across Europe to receive the treatment. Where this is the case, these international patients will be required to fund treatment privately, or through a payment by their country’s health system or insurer.

“We are delighted that NICE and NHS England have recognised the transformational clinical impact of Libmeldy for eligible MLD patients, and thank the leading clinicians and advocates involved for their tireless engagement throughout the process. A deep body of evidence now points to the potential for durable effects in HSC gene therapy for certain severe genetic diseases including MLD.”

This is the latest in a series of commercial deals the NHS has agreed over the past year, securing innovative treatments for patients with other rare conditions including spinal muscular atrophy and the blood disorder, mastocytosis, while also extending access to a ‘miracle’ cystic fibrosis treatment, (Kaftrio). Research conducted across MFT also played a role in the roll-out of Kaftrio.

This revolutionary drug has already helped to save lives during clinical trials, including of a young boy whose elder sister is severely disabled due to the disorder. 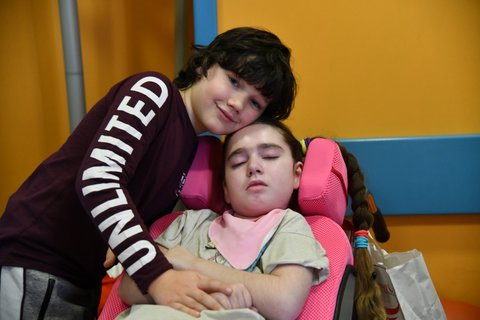 Nicola Elson’s daughter, Connie, displayed symptoms of MLD and was diagnosed with the disorder after a genetic test. Her son, Joe, was subsequently tested because of Connie’s diagnosis, despite not having symptoms, and was found to have MLD too.

Both Joe and Connie were referred to a clinical trial of Libmeldy in Milan, but unfortunately Connie did not meet the criteria and deteriorated, while Joe was treated as part of the trial and stayed in Italy for four to five months to assess how he responded. He returns every six months for assessment and his final trip will be in December 2022.

Joe continues to enjoy a normal life now at 11-years-old, attending school, matching his peers physically and academically and is, “just one of the lads”, according to his mother, a big fan of Lego and playing outside, which is only possible thanks to his treatment.

Nicola Elson, from Cumbria, and mother of Joe and Connie said: “When I found out the treatment was being offered on the NHS, I was so emotional and cried happy tears. I’m overjoyed and having witnessed the suffering my daughter has endured, I don’t want another family to go through this.

We are thankful for this gift Joe has been given and now other families can be spared this suffering thanks to the treatment being made available on the NHS is just fantastic.